Update: Experience the Joy of Live Music with the Oregon Symphony this Holiday Season

Seven Concerts Throughout December Feature a Variety of Musical Genres 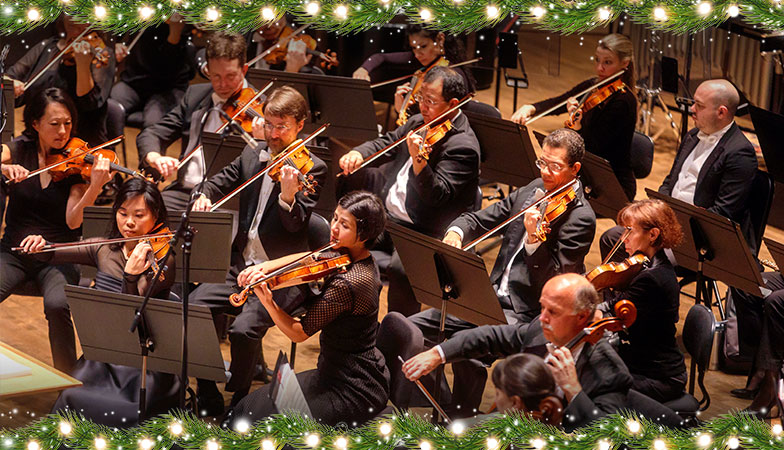 The Oregon Symphony is pleased to announce this year’s holiday programming with concerts offered throughout the month of December at the Arlene Schnitzer Concert Hall. Beginning on Dec. 7 and concluding Dec. 30, with ticket prices starting at $15, the Oregon Symphony performances celebrate a variety of cultural traditions and beloved holiday classics that will delight audiences of all ages and backgrounds.

Highlights of this year’s offerings range from the Northwest Community Gospel Chorus in the Symphony’s 23rd annual performance of Gospel Christmas, to Elf™ in Concert with the feature film projected on the big screen while the Oregon Symphony performs the score live.

The Oregon Symphony will be introducing a new musical tradition this year by adding a Holiday Brass concert, showcasing the power of the orchestra’s brass section. In addition to conducting Holiday Brass, Associate Conductor Deanna Tham, in her first holiday season with the Symphony, will also conduct Comfort and Joy, which features season classics and a very merry sing-along, as well as the final concert in December, Vivaldi’s Four Seasons.

“Music plays an especially meaningful role during the holidays given its power to unite people, bring joy and tell stories,” says Scott Showalter, President and CEO of Oregon Symphony. “Our festive concerts are a wonderful way to experience the season with friends and family.”

Dec. 7: Comfort & Joy: Conducted by Deanna Tham and featuring the Oregon Chorale with the Oregon Symphony, the concert kicks off the holiday season with an evening of good cheer with seasonal classics such as We Need a Little Christmas and White Christmas. This very merry program also includes a sing-along of favorite Christmas carols.

Dec. 17 and 18: Elf™ in Concert Feature film with the Oregon Symphony: Nobody spreads Christmas cheer quite like Buddy the Elf! This holiday season, relive this heartwarming holiday classic feature film on a giant screen as every note of John Debney’s wonderful score is played live to picture in Elf™ in Concert!

The multi-Grammy Award-nominated Oregon Symphony ranks as one of America’s major orchestras. Led by Music Director David Danzmayr, it serves more than 250,000 people annually through live concerts and award-winning education and community engagement programs. The Oregon Symphony has broken attendance and fundraising records in recent years, while innovating on stage through new series such as SoundSights, Sounds of Home, and SoundStories. Additionally, online programming and syndicated broadcasts reach tens of millions more people throughout the world. The 2021-2022 season marked the 125th anniversary for the Oregon Symphony, the oldest orchestra in the Western United States. For more information, visit orsymphony.org.