Home > About Us > Staff & Board > Scott Showalter 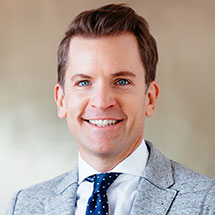 Scott Showalter became president and chief executive officer of the Oregon Symphony in July 2014. The 76 full-time musicians of the Symphony perform for over 200,000 people each year at Portland’s Arlene Schnitzer Concert Hall and beyond. Its $21M budget makes the Oregon Symphony one of the largest arts organizations in the Pacific Northwest.

Showalter has achieved record ticket sales and donations, increasing the Symphony budget by 50% over the past 5 years, the greatest growth among American orchestras. While balancing the annual budget and incurring no debt, Showalter has expanded the classical series and made investments in creative programming, The 2018/19 Season includes SoundStories, a three-concert series with imaginative, collaborative productions that animate orchestral works and expand the power of musical storytelling. In 2017/18, the Symphony’s groundbreaking Sounds of Home series debuted original music and multi-media productions that illuminated themes of immigration, homelessness, and the environment. The highly acclaimed 2016/17 series SoundSights included Dale Chihuly’s artisan glass set to Bartók’s Bluebeard’s Castle, Rose Bond’s original video art paired with Messiaen’s Turangalîla, and Michael Curry’s original puppetry bringing to life Stravinsky’s Persephone.

The Symphony has expanded its commissioning and recordings programs under Showalter as well. All Classical Portland frequently broadcasts Oregon Symphony programs, several of which are syndicated via American Public Media to millions of households around the globe. During Showalter’s tenure, the Oregon Symphony has released five CDs, including 2018’s Aspects of America and 2015’s Spirit of the American Range, which was nominated for a Grammy.

Beyond the stage, Showalter has extended the Symphony’s Education and Community Engagement activities. Every year, over 250 programs in schools, libraries, neighborhoods, correctional facilities, sports venues, and retirement homes reach tens of thousands of children and adults. Under a grant from the Oregon Community Foundation, Oregon Symphony musicians assist public school teachers to develop arts curricula; in partnership with Carnegie Hall and Portland Homeless Family Solutions, the Oregon Symphony produces the Lullaby Project, supporting the well-being of mothers and children facing housing insecurity; and, in collaboration with the Intel Corporation, the Symphony helps to develop musical applications for computer chip technology.

Before moving to Portland, Showalter worked as vice president of the Los Angeles Philharmonic, associate vice president of the University of Chicago, and associate dean of Stanford Law School. He served on the executive teams of each of these organizations, while planning and running annual, capital, and endowment fundraising campaigns.

A classically trained pianist, Showalter holds a dual undergraduate degree in Economics and German Studies from Stanford University and an MBA from the University of California, Los Angeles. He additionally serves on the board of Northwest Academy, an arts-focused college preparatory school in Portland, Oregon.