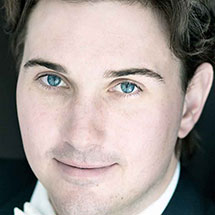 British conductor and pianist Alexander Soddy is currently music director of the Mannheim National Theater, a position he assumed at the start of the 2016/17 season and continues in the 2018/19 season with new productions of Die Meistersinger von Nürnberg and Pelléas et Mélisande, along with further performances of La bohème, Fidelio, Salome, For the Love of Three Oranges, and Parsifal. Guest engagements this season see him return to the Bavarian State Opera with Die Zauberflöte and to the Berlin State Opera to lead a three-part ballet series titled Sacre with music by Stravinsky, Berlioz, and Debussy.

During the 2012/2013 season Soddy introduced himself to the audience at the Klagenfurt City Theater with a new production of Weber’s Der Freischütz and with Mozart’s Idomeneo. Following those performances he was named the theater’s chief conductor in the 2013/14 season, a position he maintained until the end of the 2015/16 season.

Mr. Soddy was born in Oxford and was formed as chorister at the Magdalen College. He studied conducting and singing at the Royal Academy of Music and was a piano pupil of Michael Dussek. He then went on to study at Cambridge University with a choral scholarship from Selwyn College. After graduating in 2004, he was immediately appointed as répétiteur and conductor at the National Opera Studio in London.