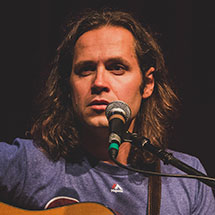 Andrew Lipke is a Philadelphia-based, South African-born composer and multi-instrumentalist active in many different styles of music. In 1996, Lipke moved to Philadelphia to pursue a degree in composition at The University of the Arts and has since gone on to become a critically acclaimed and sought-after arranger, producer, composer, performer, and educator.

Andrew is driven by a passion to find the common ground between disparate styles of music, and his career reflects this. He has been featured as a composer, arranger, and/or vocalist with such prominent American symphonies as the Nashville, Pittsburgh, Los Angeles, Indianapolis, Colorado, Columbus, Charlotte, and North Carolina symphonies and the Colorado Music Festival Orchestra.

Lipke has produced dozens of records for local and regional artists, and released six solo albums. In 2010, Andrew formed the Azrael String Quartet to perform music he had written for his album The Plague which upon release was named one of the “50 best albums of the year” by Philadelphia Weekly. His 2012 work “Siddiqah” was choreographed by The Columbus Dance Theatre for their production Rock Out!, which also included several string quartet arrangements of classic rock songs Lipke completed for the Carpe Diem String Quartet. In 2013, Andrew wrote a punk rock score for the internationally released epix film Back Issues: The Hustler Magazine Story, and in 2014 he had the privilege of completing orchestral arrangements for Blue Note Records artist Amos Lee’s sold-out show with the Colorado Symphony at the legendary Red Rocks Amphitheater. This concert was subsequently released as Amos Lee Live from Red Rocks with the Colorado Symphony and prominently features several of Lipke’s symphonic arrangements.

In 2015, Andrew released his sixth studio record called Siddhartha. The first in an album cycle based on the Herman Hesse novel of the same name, Siddhartha has been praised for its “smartly constructed lyrics and gorgeously orchestrated melodies” (A.D. Amorosi, Philadelphia City Paper). The album features collaborations with members of Choral Arts Philadelphia, The Philadelphia Bach Collegium, and other prominent classical and non-classical musicians from the region.

Upon an invitation from esteemed maestro Dirk Brossè, Andrew is currently involved in an ongoing residency with The Chamber Orchestra of Philadelphia, creating, curating, and hosting an innovative, cross-genre concert series entitled “Intersect.” In addition to his composition, production, and arranging work, Andrew also tours the country with the critically acclaimed Led Zeppelin tribute band Get The Led Out.