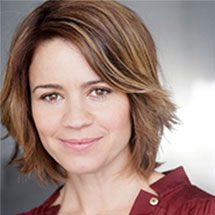 Anna Belknap is thrilled to be performing with the Oregon Symphony Orchestra. Favorite shows include The Moliere Comedies (The Mark Taper Forum), Pericles (The Old Globe), The Blue Demon (Huntington Theater), and Metamorphosis (SecondStage) She spent nine years playing Detective Lindsay Monroe on the CBS drama CSI:NY. She also spent a season each on The Handler for CBS, and Medical Investigation, for NBC. Television credits include Transparent, How to Get Away With Murder, and Hawaii 5-0, among others.  Film credits include Alchemy, and No Way Jose. Anna holds an MFA from The American Conservatory Theater.  She lives in LA with her husband and two children.