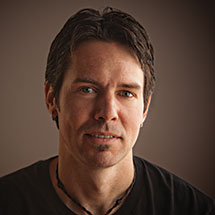 Appears on: The Music of The Rolling Stones

Brody Dolyniuk remembers mimicking voices even as a child, listening to old records and tapes. He is a gifted, self-taught musician, capable of playing several instruments, with a particular knack for capturing the voices and mannerisms of classic characters from music, TV, and movies.

His first professional gigs were at piano bars in several U.S. cities, where he learned to charm audiences and expand his musical repertoire. With a longing to perform the music of the many rock bands that inspired him, Brody assembled Yellow Brick Road, unquestionably Las Vegas' most successful classic rock band. Since 1997, YBR has been reshaping the casino entertainment scene by bringing a rock concert atmosphere to showrooms previously reserved for Top 40-style lounge acts. Along the way, Brody has made numerous radio and TV appearances, earned a spot in the finals of two national singing competitions, and even self-produced several large rock production-style shows utilizing multimedia, lasers, comedy, and special effects.

In 2007, Brody lent his vocal talents by singing several tracks on the mega-hit video game Guitar Hero III: Legends of Rock, and he has already done several more for the new Konami game Rock Revolution.

Brody joined Windborne Music in 2009 as vocalist for the Music of Queen show, but has proven to be versatile enough to become the lead for the Rolling Stones, The Who, U2, Journey, and Elton John shows.

As a devout classic rock fan, Brody's enthusiasm, vocal ability and on-stage energy continue to win over audiences around the globe