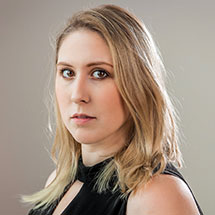 With this concert, Chelsea Duval-Major makes her debut with the Oregon Symphony.

Chelsea Duval-Major, a mezzo-soprano from Brooklyn, NY, is currently pursuing an artist diploma in opera at the University of Cincinnati’s College-Conservatory of Music (CCM). This season at CCM, Chelsea sang Old Lady in Candide and the title role in Ariodante. Chelsea also covered the role of Plotina in Hadrian, a new work by Rufus Wainwright, which is a collaboration between Cincinnati Opera and the Canadian Opera Company.

In the 2016/17 season, Chelsea sang the role of Idamante in Mozart’s Idomeneo at CCM and participated in the Virginia Arts Festival Duffy Institute, singing the roles of Photographer and Mother in Vagabond by Gina Leishman. Chelsea also performed with Opera Southwest in their production of Tancredi, singing the role of Roggiero as well as covering the Title Role. In 2017, Chelsea was an encouragement award winner in the MONC Auditions in the Middle/E. Tennessee District.

Concert work includes work with Opera Delaware, Young Artist Concerts with Opera Southwest, and a production of William Bolcom’s Cabaret Songs, which has had three traveling performances (in New York City at the Neue Galerie, Washington D.C at the National Museum for Women in the Arts, and Cincinnati for a benefit performance).

Chelsea received her bachelor’s and master’s degrees in vocal performance from Cincinnati College-Conservatory of Music. She currently studies with Thomas Baresel. Formerly, Chelsea studied with baritone Francis Keeping, and she coaches regularly with Maestro Neal Goren.