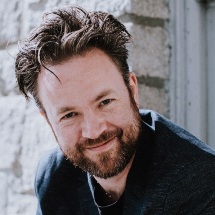 With this concert, Christian Kluxen makes his debut with the Oregon Symphony.

Christian Kluxen is music director of the Victoria Symphony in Canada and chief conductor of the Arctic Philharmonic in Norway. Born in Copenhagen in 1981 to Danish-German parents, he has a natural affinity towards the Germanic and Scandinavian repertoire, particularly the works of Beethoven, Brahms, Richard Strauss, Nielsen, and Sibelius, and he has been lauded for his bold, imaginative, and energetic interpretations of this repertoire.

In his home country, Christian enjoys close relationships with several orchestras, including the Copenhagen Philharmonic and Odense Symphony, and in May 2019 he stepped in at short notice for concerts with the Danish National Symphony Orchestra, replacing Yuri Temirkanov in concerts broadcast live on Danish National Radio.

On the operatic stage, Christian has conducted extensive tours of Don Giovanni and Madama Butterfly with the Danish National Opera and has made his Berlin debut conducting Die Zauberflöte at Komische Oper Berlin. He led highly successful performances of Die Fledermaus with Aarhus Symphony Orchestra and Ariadne auf Naxos with Arctic Opera and Philharmonic in 2017. Following celebrated performances of Carmen at Opera Hedeland in summer 2019, he reprises Bizet’s masterpiece in Norway with Arctic Opera and Philharmonic.

Christian’s concerts have been broadcast live in Denmark, the UK, Sweden, Norway and Canada. He has received several prestigious awards and prizes, and in 2016 he was nominated by the International Opera Awards as “Young Conductor of the Year.”