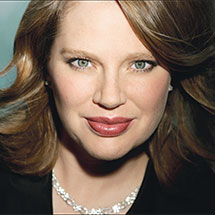 With this concert, Dana Beth Miller makes her debut with the Oregon Symphony.

Elsewhere in Europe, Dana Beth made her debut at Grand Théâtre de Genève as Anna in Berlioz’ Les Troyens under Charles Dutoit, returning for productions of both A Midsummer Night’s Dream and Wozzeck. This season, Dana Beth Miller makes her debut for English National Opera as Amneris in Phelim McDermott’s new production of Aïda conducted by Keri-Lynn Wilson, before heading across the Atlantic for Santuzza in Cavalleria rusticana at New Orleans Opera and Mistress Quickly at Opera Colorado.