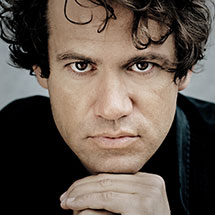 With this concert, Eivind Gullberg Jensen makes his debut with the Oregon Symphony.

Equally at home on the concert platform and the opera house, Gullberg Jensen recently made his debuts at the Aix-en-Provence Festival with a new Simon McBurney production of The Rake’s Progress, at the Vienna Opera House with Tosca, at the Lille Opera with Der fliegende Holländer, and with the Royal Scottish National Symphony Orchestra.

In the opera world, last season he returned to the Vienna Opera House with La bohème. Previous operatic performances include appearances at the Rome Opera House with Rusalka, English National Opera with Janáček’s Jenůfa, Lyon with a double-bill of Il tabarro and Djamileh (directed by David Pountney and Christopher Alden), the Zurich Opera House with Il corsaro and Rusalka, the Bavarian State Opera, and as part of the Festspielhaus Baden-Baden, as well as at the Norwegian National Operawith Rusalka, Eugene Onegin and La bohème (in Stefan Herheim's production).

Eivind Gullberg Jensen studied conducting in Stockholm with the legendary Jorma Panula and in Vienna with Leopold Hager. Previously he studied violin and music theory in Trondheim, Norway.