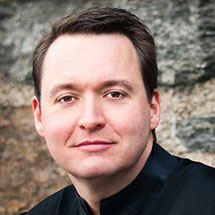 Appears on: Batman in Concert

Finnish-American conductor Erik Ochsner’s versatility as a conductor has stretched across a broad range of repertoire: from conducting as few as five performers in contemporary and modern works to leading 300 performers across 14 different films using the Live in Concert format. In 2017, Ochsner was invited to become principal touring conductor for La La Land Live in Concert, which has taken him around the globe. From Montreal to Melbourne and Moscow, audiences and critics alike have praised Ochsner’s energy, attention to detail, and precise synchronization.

Ochsner is music director of SONOS Chamber Orchestra, which recently performed Stravinsky’s Rite of Spring in an arrangement for four pianos and two percussionists. The New York Times said, “All the hallmarks of a great ‘Rite’ were here.”