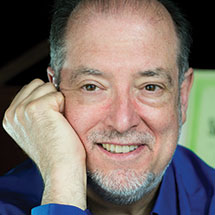 Since his triumph as winner of the 1970 Chopin International Piano Competition, pianist Garrick Ohlsson has established himself worldwide as a musician of magisterial interpretive and technical prowess. Although long regarded as one of the world's leading exponents of the music of Frédéric Chopin, Mr. Ohlsson commands an enormous repertoire, which ranges over the entire piano literature. A student of the late Claudio Arrau, Mr. Ohlsson has come to be noted for his masterly performances of the works of Mozart, Beethoven and Schubert, as well as the Romantic repertoire. To date he has at his command more than 80 concertos, ranging from Haydn and Mozart to works of the 21st century, many commissioned for him. Last season he launched an ambitious project spread over two seasons exploring the complete solo piano works of Brahms in four different programs. The cycle was heard in New York, San Francisco, and Montreal, with individual programs in London, Warsaw and a number of cities across North America. In concerto repertoire ranging from Beethoven to Brahms, Rachmaninoff, Barber, and Busoni, he returned to the New York Philharmonic, Cleveland Orchestra, and the Philadelphia, Boston, Baltimore, Houston, and Seattle symphonies.

Mr. Ohlsson can be heard on the Arabesque, RCA Victor Red Seal, Angel, BMG, Delos, Hänssler, Nonesuch, Telarc, Hyperion, and Virgin Classics labels. His ten-disc set of the complete Beethoven sonatas for Bridge Records has garnered critical acclaim, including a Grammy for Volume 3. In recognition of the Chopin bicentenary in 2010, Mr. Ohlsson was featured in a documentary The Art of Chopin, co-produced by Polish, French, British, and Chinese television stations. More recently, both Brahms concertos and Tchaikovsky's Second Piano Concerto were released on live performance recordings with the Melbourne and Sydney Symphonies, and Mr. Ohlsson was featured on Dvořák’s Piano Concerto in the Czech Philharmonic's recordings of the composer's complete symphonies and concertos, released July of 2014 on the Decca label.

A native of White Plains, NY, Garrick Ohlsson began his piano studies at age 8 at the Westchester Conservatory of Music; at 13 he entered The Juilliard School in New York City. His musical development has been influenced in completely different ways by a succession of distinguished teachers, most notably Claudio Arrau, Olga Barabini, Tom Lishman, Sascha Gorodnitzki, Rosina Lhévinne and Irma Wolpe. Although he won first prizes at the 1966 Busoni Competition in Italy and the 1968 Montréal Piano Competition, it was his 1970 triumph at the International Chopin Competition in Warsaw, where he won the Gold Medal (and remains the single American to have done so), that brought him worldwide recognition as one of the finest pianists of his generation. Mr. Ohlsson was awarded the Avery Fisher Prize in 1994 and received the 1998 University Musical Society Distinguished Artist Award in Ann Arbor, MI. He is a Steinway Artist and makes his home in San Francisco.