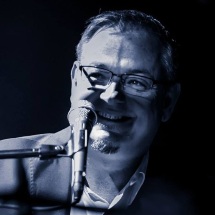 Appears on: Gospel Christmas with the Oregon Symphony

This is Pastor Hemenway’s 20th season with the Northwest Community Gospel Chorus and Gospel Christmas.

He was raised in the small Eastern Oregon town of Pilot Rock where his early musical interest (largely due to his parents influence and am radio) grew to encompass a wide variety of musical styles. He began composing music as a 10-year-old and shortly after discovered Andre’ Crouch and the Disciples, Stevie Wonder, Elton John, Chicago, Earth, Wind and Fire, and The Temptations. But it was after moving to Portland, Oregon to attend Warner Pacific College that Hemenway saw his abilities expand under the tutelage of Dr. Dennis Plies. With a passion for excellence and a newfound love for many styles of music many doors have been opened to him.

Hemenway’s diverse abilities have allowed him to work in the fields of soundtrack, production, direction, composing/ arranging, teaching, workshops, choral directing, & live performance work. His work has appeared throughout the world in Nike & Avia videos and events, and at the World Olympics. His live performance work has taken him throughout the U.S., South Pacific, Europe and Asia.

G. Louis continues to compose vocal, choral and instrumental pieces in every style from classical, and film score, to gospel, jazz, pop, and rock. He frequently enjoys working with schools, colleges, choirs, and churches as a guest musician, clinician, and director. He is currently an Assistant Pastor at The Rock Church in Bridgeport, Texas.

The joy of his life, his wife, Clairece, and three daughters, Sarah, Olivia, and Amelia, are all accomplished artists in their own right.