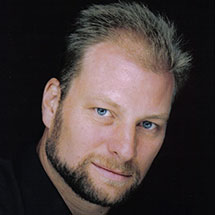 Dahl’s debut as Tomsky in The Queen of Spades for English National Opera was notable for “a splendidly oily and corrupt Count Tomsky,” while the press hailed his “appealingly lyrical baritone [that] emphasized Golaud’s inner turmoil over his villainy” in Opera Theatre of St. Louis’ Pelléas et Mélisande.

During the 2018/19 season Greg appears as Hermogines in the world premiere of Rufus Wainwright’s second opera, Hadrian, with the Canadian Opera Company; joins Montreal Opera for Donner in Das Rheingold; sings Messiah with the Winnipeg Symphony; and reprises the title role in Rigoletto for Calgary Opera. His 2017/18 season included Scarpia in Tosca for Montreal Opera and Calgary Opera, Rigoletto for Quebec Opera, Sharpless in Madama Butterfly for the Manitoba Opera, and Swallow in Peter Grimes in concert with the Vancouver Symphony. On the concert stage, he sang Messiah for the Vancouver Bach Choir and returned to Halifax for Beethoven’s Symphony No. 9 with Symphony Nova Scotia.

Notable recent additions to his active repertoire are the title role in Macbeth (Kentucky Opera), George in Of Mice and Men (Manitoba Opera) and High Priest in Samson et Dalila (Montreal Opera). Mr. Dahl first came to national attention as Francis Chancy in the world premiere of James Rolfe’s Beatrice Chancy, and other world premieres include Estacio and Murrell’s Filumena for the Calgary Opera, Lillian Alling for Vancouver Opera, and Shalimar the Clown for the Opera Theatre of St. Louis. Filumena was filmed for release in the DVD format and joins Beatrice Chancy on his list of operas-on-film.