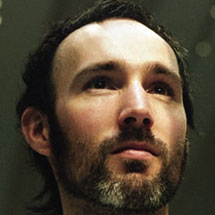 Portland’s own Holcombe Waller is one of America’s most unique voices in music theater, and he is thrilled to be a part of this premiere of a work by his good friend Gabriel Kahane. He is a 2011 United States Artists Berresford Fellow in Music, an award which noted his mournful, folk-inflected style as well as his approach to music “as total theater.” He is a Creative Capital artist, a four-time recipient of the map Fund grant, and a Joan Shipley Fellow of the Regional Arts and Culture Council. Waller is known for his evening-length, theater-based interdisciplinary music performances, which have been presented and commissioned by the Brooklyn Academy of Music, Under the Radar Festival at the New York Public Theater, On the Boards Seattle, Yerba Buena Center for the Arts, Museum of Contemporary Art Chicago, Centre Pompidou Paris, and many other presenters and festivals internationally. Waller collaborates frequently, including work with choreographers Joe Goode Performance Group (SF), Zoe|Juniper (Seattle), and Miguel Gutierrez (New York), and film score work including music for the documentary We Were Here and the two-part short film series titled The Dare Project. He has appeared as an actor in multiple films, including some particularly fun ones by artist Ryan Trecartin, and he is a contributing board member of the Portland Institute for Contemporary Art. He recently completed a Northwest regional tour of “Notes from the Riverkeepers,” a sung history of the high-risk transportation of fracked crude-oil-by-trains through the Columbia River Gorge. In addition to his interdisciplinary work, he has self-released five albums on his own label, Napoleon Records. Up next: his activist, community-driven Requiem Mass: A Queer Divine Right will premiere November 15 and 16, 2018, in San Francisco at Grace Cathedral as a headlining performance within Yerba Buena Center for the Art’s TRANSFORM Festival.