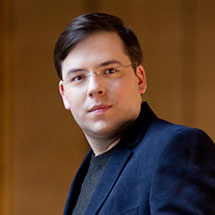 James Feddeck is an orchestral conductor whose musicianship is recognized worldwide.

In North America he has conducted the Cleveland Orchestra and the Chicago, Dallas, Seattle, San Francisco, Toronto, and Montreal symphony orchestras.

Born in New York and a graduate of Oberlin Conservatory, James Feddeck is a winner of the Solti Conducting Award from the Solti Foundation U.S., the Aspen Conducting Prize, and was recognized by his alma mater as the first recipient of the Outstanding Young Alumni Award for professional achievement and contributions to society.

In August 2017 his first CD was released in collaboration with the German Symphony Orchestra Berlin and the radio station Deutschlandfunk Kultur. It features the music of one of Germany’s leading Neo-romantic musical figures, Georg Schumann (1866–1952). This recording marks the first to be made of the Opus 42 Symphony in F Minor (1905).