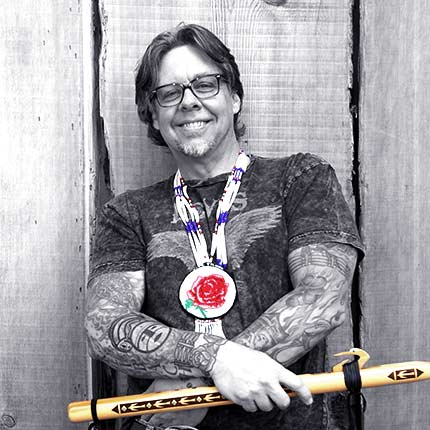 Appears on: Waterfront Concert and Festival

Jan Michael Looking Wolf is a Native American performing and recording artist. Jan Michael is a both a native Oregonian and member of the local Kalapuya Tribe. He is a Global Music Award Lifetime Achievement Recipient and Hall of Fame Inductee at One World Music Radio. With 28 commercial albums and over 70 national awards, he is among the most prominent Native American musicians of current time. Several other flute players will be joining Jan Michael onstage including fellow recording artist Robin Gentlewolf.