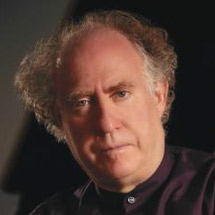 Appears on: Oregon Symphony – Be As Water and Beethoven’s Pastoral Symphony

Jeffrey Kahane last appeared with the Oregon Symphony on February 27, 2017, when he performed Schumann’s Piano Concerto in A Minor with conductor Christoph König.

Equally at home at the keyboard or on the podium, Jeffrey Kahane has established an international reputation as a truly versatile artist, recognized by audiences around the world for his mastery of a diverse repertoire ranging from Bach, Mozart, and Beethoven to Gershwin, Golijov, and John Adams.

Mr. Kahane appears as soloist with major orchestras such as the New York Philharmonic, Los Angeles Philharmonic, and the San Francisco Symphony, and is also a popular artist at all of the major US summer festivals. In August 2016, he was appointed music director of the Sarasota Music Festival.

Since making his Carnegie Hall debut in 1983, he has given recitals in many of the nation’s major music centers. Equally at home as a chamber musician, Mr. Kahane collaborates with many of today’s most important chamber ensembles and was the artistic director of the Green Music Center Chamberfest during the summers of 2015 and 2016.

Mr. Kahane made his conducting debut at the Oregon Bach Festival in 1988. Since then, he has guest conducted many of the major US orchestras. In May 2017, he completed his 20th and final season as music director of the Los Angeles Chamber Orchestra.

Mr. Kahane has recorded for many record labels in collaboration with the New World, Cincinnati, Bournemouth, and Oregon Bach Festival symphonies. He has also recorded works by Gershwin and Bernstein with Yo-Yo- Ma, the complete works for violin and piano by Schubert with Joseph Swensen, and Bach concertos with LACO and Hilary Hahn. First Prize winner at the 1983 Rubinstein Competition and a finalist at the 1981 Van Cliburn Competition, he was also the recipient of a 1983 Avery Fisher Career Grant.

Jeffrey Kahane resides in Los Angeles with his wife, Martha. They have two children – Gabriel, a composer, pianist, and singer/songwriter, and Annie, a dancer and poet.