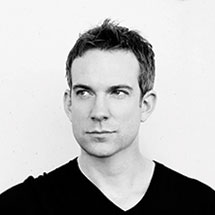 German-Canadian cellist Johannes Moser has performed with the world’s leading orchestras such as the Berlin Philharmonic, New York Philharmonic, Los Angeles Philharmonic, Chicago Symphony, BBC Philharmonic at the Proms, London Symphony, Tokyo NHK Symphony, and the Philadelphia and Cleveland Orchestras with conductors of the highest level.

Johannes has a multi award-winning discography with his exclusive label PENTATONE, and November 2018 saw the release of his most recent disc featuring the Lutosławski and Dutilleux concertos.

In the 2018/19 season, Johannes was artist-in-residence with the Bournemouth Symphony Orchestra, Royal Scottish National Orchestra, Berlin Radio Symphony Orchestra, and the Oregon Symphony, undertaking a diverse range of projects including concerto and solo performances, education and outreach activities, and a chamber orchestra tour directed from the cello.

Other highlights of last season include Johannes’ debut with the Vienna Philharmonic and Oslo Philharmonic orchestras, the World and European premieres of Andrew Norman’s Cello Concerto, and two trips to Australasia including a tour with the New Zealand Symphony Orchestra followed later in the season by concerts at the Australian Festival of Chamber Music, Melbourne Symphony Orchestra, and in recital at the Sydney Opera House.

A dedicated chamber musician, Johannes is a regular at festivals including the Verbier, Schleswig-Holstein, Gstaad Kissinger, Colorado, Seattle, and Brevard music festivals.

Renowned for his efforts to expand the reach of the classical genre, as well as his passionate focus on new music, Johannes has recently been heavily involved in commissioning works by Julia Wolfe, Ellen Reid, Thomas Agerfeld Olesen, Johannes Kalitzke, Jelena Firsowa, and Andrew Norman.

Throughout his career, Johannes has been committed to reaching out to all audiences, from kindergarten to college and beyond. He combines most of his concert engagements with masterclasses, school visits and preconcert lectures.

Johannes Moser plays on an Andrea Guarneri Cello from 1694 from a private collection.