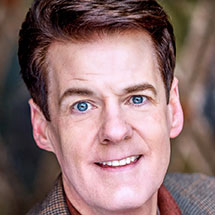 Tenor John Easterlin has rapidly established himself as one of international opera’s most exciting performers. A compelling stage actor, his recent engagements include creating two iconic American roles: Andy Warhol in the world premiere of the Philip Glass opera The Perfect American at the Teatro Real, Madrid, and the English National Opera, London; and Larry King in the U.S. premiere of the Anthony Turnage opera Anna Nicole, for the New York City Opera in conjunction with the Brooklyn Academy of Music’s Next Wave Festival. For the Metropolitan Opera, he won critical acclaim for his performances as the Scrivener in Khovanschchina, Monostatos in Die Zauberflöte, Prince Nilsky in The Gambler, the Tanzmeister in Ariadne auf Naxos, and the Hunchback Brother in Die Frau ohne Schatten.

International career highlights include five productions at the Opéra National de Paris (Bastille and Garnier); Herod in Salome for his debuts with the Vienna State Opera, Monte-Carlo Opera, and Spain’s prestigious Merida Festival; three productions for the Royal Opera House; eight productions with Madrid’s Teatro Real including Lady MacBeth of Mtsensk, Wozzeck, and Boris Godunov; and his Bolshoi Opera debut in Mahagonny.

His CD and DVD catalogues include appearances on PBS’ Great Performances, Live from Lincoln Center, and the Live in HD Series with the Metropolitan Opera and New York City Opera. A telecast of Los Angeles Opera’s acclaimed production of The Rise and Fall of the City of Mahagonny, with Mr. Easterlin’s dual performances as Jack O’Brien and Toby Higgins opposite Audra McDonald and Patti LuPone, received 2008Emmy and Peabody awards and two 2009 Grammy awards for Opera Recording of the Year and Classical Album of the Year.