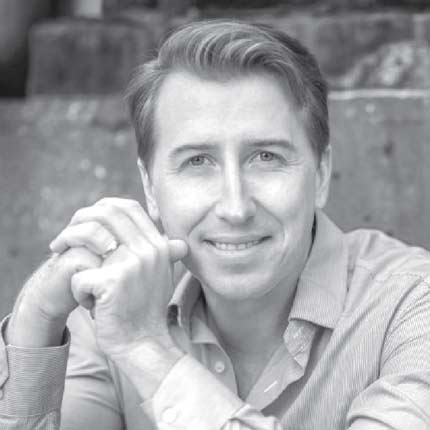 Known for his “voluptuous elegant tone,” and a “robust tenor with baritonal heft,” American lyric tenor Joshua Dennis is a star on the rise. This season, Mr. Dennis is slated to return to Arizona Opera in the second world premiere of Clint Borzoni and John de los Santos’s production, The Copper Queen, after a recent reprisal of the role of Bern Venters in the world premiere of Riders of the Purple Sage.

Mr. Dennis, a champion of new works, had the honor of originating two roles: “Shoeless” Joe Jackson in Minnesota Opera’s world premiere production of The Fix, and Prince Frederic in Poul Ruders’ The Thirteenth Child with the Santa Fe Opera. Additionally, he was heard in Huang Rou’s Paradise Interrupted at the MGM Grand in Macau, and as the host of Santa Fe Opera’s virtual event Songs from the Santa Fe Opera in place of their opening night event. In summer 2020, Mr. Dennis was scheduled to perform the role of Marc in the world premiere of Huang Ruo and David Henry Huang’s M. Butterfly, which was cancelled due to the global pandemic.

As Alfredo in La traviata in his recent role and house debut with Seattle Opera, the Seattle Times raved, “Joshua Dennis gave a vocally smooth and well-schooled performance….” Additional highlights of recent seasons include performances of Roméo in Roméo et Juliette with Minnesota Opera and Utah Opera, where he was also heard as Greenhorn in Jake Heggie’s Moby Dick; Alfredo in La traviata with Opera Columbus and Opera Idaho, where he

also performed the title role of Werther; the Duke of Mantua in Verdi’s Rigoletto with Minnesota Opera and Dayton Opera; Jaquino in Beethoven’s Fidelio with the Santa Fe Opera and the Houston Symphony; and title role of Faust with Opera San Antonio and Annapolis Opera. Additional performances include Ferrando in Così fan tutte with Charlottesville Opera and Opera Naples and Belmonte in Die Entführung aus dem Serail with Kentucky Opera and New Orleans Opera.

On the concert stage, Mr. Dennis has performed as soloist in Handel’s Messiah with the Santa Fe Symphony and the Las Vegas Philharmonic, Beethoven’s Mass in C with the Phoenix Symphony, and Mahler’s Das Lied von der Erde as the first tenor soloist to sing at the XXI Festival International de Piano en Blanco & Negro in Mexico. Additionally, he was a soloist in Dubois’ Les Sept Paroles du Christ and performed the role of Tony in Opera Idaho’s concert version of West Side Story.

Mr. Dennis earned his Bachelor and Master of Music degree from Stephen F. Austin State University. While in attendance, he sang the roles of Alfredo in La traviata, Sam in Susannah, and Eisenstein in Die Fledermaus.