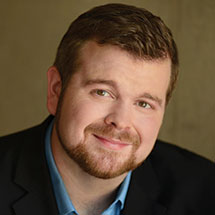 With this performance, Kyle van Schoonhoven makes his debut with the Oregon Symphony.

Tenor Kyle van Schoonhoven is a recent graduate of the world-renowned Adler Fellowship at the San Francisco Opera. He made his debut on the San Francisco Opera stage as Young Servant in Strauss’ Elektra, and covered the leading roles of Cavaradossi in Tosca, George and Uncle Billy Bailey in Jake Heggie's It's a Wonderful Life, Don Ottavio in Don Giovanni, Aegisth in Elektra, Froh in Das Rheingold, and Siegmund in Die Walküre.

​In 2017, Mr. van Schoonhoven was named a winner of the prestigious Metropolitan Opera National Council Auditions. Additionally, he was the recipient of a 2018 Sara Tucker Study Grant, the Nicolai Gedda Memorial Award from the prestigious George London Foundation, the top prize in the Brava! Opera Theater and James M. Collier Young Artist Program Vocal Competition, and was a finalist in the 2016 Jensen Foundation Voice Competition.

In 2019, he will join Cincinnati Opera as Bacchus in their production of Ariadne auf Naxos, and will return to the Boston Youth Symphony Orchestras for his role debut as Rodolfo in Puccini's La bohème. Additionally, he will sing the role of Don José with the Buffalo Philharmonic Orchestra and Chorus.

Mr. van Schoonhoven's most recent performance of Wagner's “Mein lieber Schwan,” at the War Memorial Opera House, was praised as a “revelation” by the San Francisco Chronicle. He holds degrees from the Fredonia School of Music and Westminster Choir College.