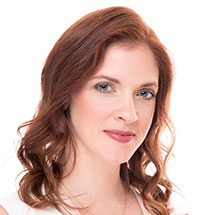 Appears on: Strauss & Nielsen: Hope and the Human Spirit

The New York Times praised Maeve Höglund as “a striking soprano,” and one who “stands out among singers.” In her recent performance of Le nozze di Figaro with Opera Maine, Opera News proclaimed, “Maeve Höglund was a charming, fiesty Susanna, and her stellar soprano brightened the ensembles. Her fine rendition of ‘Deh vieni, non tardar’ was equally impressive for its warmth and feeling.”

Ms. Höglund made her Opera Philadelphia debut in the 2017/18 season as Lola in the world premiere of David Hertzberg’s award-winning opera The Wake World. She also made her Michigan Opera Theatre debut as Susanna in Le nozze di Figaro, and was soloist in Messiah with Milwaukee Symphony Orchestra. She will sing Leïla in The Pearl Fishers with Lyric Opera of Kansas City and the title role in Lucia di Lammermoor with Maryland Lyric Opera in the 2018/19 season.

Her recordings include Stefan Weisman’s opera Darkling, released by Albany Records, as well as the recording of the complete vocal works of Victor Herbert, released by New World Records.

A native of Olympia, Washington, Maeve was trained in piano, theater, and dance. Her exposure to both musical and dramatic theatre inspired a desire to master vocal technique, leading her to study classical singing and opera. She received her bachelor of music degree in voice from the New England Conservatory in Boston and master’s degree from Manhattan School of Music in New York City.