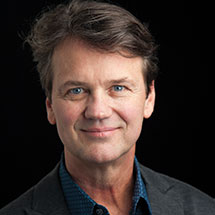 Appears on: Revueltas’ Night of the Mayas by Michael Curry

Michael Curry last appeared with the Oregon Symphony on May 15, 2017, when he designed and directed Stravinsky’s Persephone with conductor Carlos Kalmar.

Michael Curry is an award-winning visual and concept designer, known for his broad work in theater and live events. Curry is sought out by the world’s top entertainment organizations, such as The Metropolitan Opera, Universal Studios, Cirque du Soleil, and the International Olympic Committee to create large-scale spectacles. He has brought his vision to countless shows for Disney, including The Lion King on Broadway. Michael is a leading expert on character and scenic design, specializing in kinetic movement, puppetry, and costumes. His forward-thinking methods have allowed him to be a leader of future innovations in both artistic and technical possibilities. Although he works at a global scale, Curry embraces local styles, techniques, and artists to fully integrate his creations into the communities and cultures he designs for. This approach is why Curry is continually chosen to share his expertise and excellence with the world’s largest audiences.

Curry has not only proven himself as a designer, but also as an artistic leader. He owns and operates Michael Curry Design, a full-service design and production company with a team of over 50 talented creatives. He understands the needs of a large-scale artistic endeavor and has mastered the ability to marshal a creative team.

2001 Innovation in the Field of Puppetry – The Jim Henson Award