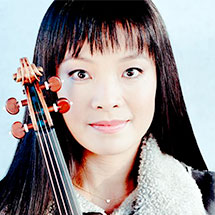 Mira has recorded extensively for many labels including Sony Classical and Edel Classics. Her discography includes Violin Concerto No. 2 by Prokofiev with the Saarbrücken Radio Symphony, Violin Concerto No. 3 by Saint-Saens with NDR Philharmonic Hannover, a duo album with cellist Jan Vogler, and several chamber music recordings with Artists of the Moritzburg Festival. Mira has been Artistic Director of the Model Room Musicales concert series in New York City since 2005 and in 2013, she became Director of the Moritzburg Festival Academy in Germany, a training program for young musicians that is part of the annual Moritzburg Chamber Music Festival.