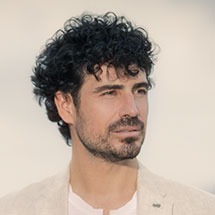 Praised as “the soul of the Spanish guitar,” Pablo Sáinz Villegas has become a worldwide sensation known as this generation’s great guitarist. With his “virtuosic playing characterized by irresistible exuberance,” as described by The New York Times, his interpretations conjure the passion, playfulness, and drama of the rich musical heritage of his homeland, Rioja. He is known for his passionate, emotive and open-hearted playing, whether he is performing at intimate recital halls, or playing with beloved tenor Plácido Domingo to an audience of over 85,000 at Santiago Bernabéu Stadium in Madrid, where maestro Domingo hailed him as “the master of the guitar”.

Sáinz Villegas has continued to thrive over the past year connecting in new ways with his audience. He was one of the few selected artists to participate at the 2018 Grammy Awards classical event at Carnegie Hall, and he recorded an anticipated duo album together with tenor Plácido Domingo. Highlights of his recent collaborations with Domingo include a performance on a floating stage on the Amazon River streamed worldwide to millions, as well as a special anniversary concert at Chile’s National Stadium. Last season, Sáinz Villegas also made his debut at Chicago’s Grant Park Music Festival under the baton of Carlos Kalmar at the Millennium Park to an audience of 11,000 people and accomplished summer tours with the Amsterdam Sinfonietta and the New Zealand Symphony Orchestra. He also gave the world premiere of Rounds, the first composition for guitar by five-time Academy Award-winner John Williams.

Routinely drawing comparisons with legendary exponents of his instrument such as Andrés Segovia, Sáinz Villegas has already appeared on some of the world’s most prestigious stages including Carnegie Hall, the Philharmonie in Berlin, and the National Center for the Performing Arts in Beijing. Known for a sound so rich and full that it does not need amplification, his concerto performances regularly inspire new invitations and re-engagements in more than 30 countries.

Sáinz Villegas continuously searches for ways to communicate with young audiences and to inspire them with music. A born communicator, the guitarist explains: “Music is among things we cannot touch and that is what makes it most powerful.” His efforts have granted him invitations to play for the Spanish Royal Family and the Dalai Lama.

An active recording artist, Sáinz Villegas is now an exclusive SONY Classical recording artist. His next album with Plácido Domingo will be released in spring of 2018. Billboard named him “the global ambassador of Spanish guitar” after his latest solo album, Americano, which quickly made its debut to the top 15 on their charts under the PIAS | Harmonia Mundi USA label.

Born in La Rioja in Northern Spain, Sáinz Villegas was inspired to take guitar lessons at age six and gave his first public performance at just seven years old. Over the years, he amassed an impressive collection of over 30 international awards, including the Segovia award – which he won at age 15 – and the coveted gold medal at the Inaugural Parkening International Guitar Competition. Sáinz Villegas lives in New York City to this day.