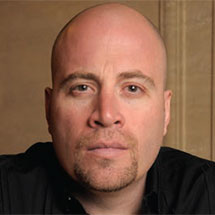 With this concert, Raymond Aceto makes his debut with the Oregon Symphony.

American bass Raymond Aceto has established an important presence among the world’s leading opera companies and symphony orchestras. Throughout his career, his voice has led to him performing with the likes of the San Francisco Opera, the Royal Opera House Covent Garden, the Dallas Opera, the Washington National Opera, the Santa Fe Opera, the Lyric Opera of Chicago, the Houston Grand Opera, Opera Australia, the Metropolitan Opera, Madrid’s Teatro Real, the Deutsche Oper Berlin, the Vienna Staatsoper, and Barcelona’s Gran Teatre del Liceu.

A seasoned performer with symphony orchestras in the United States and Europe, Mr. Aceto has been seen recently in performances of Bruckner’s Te Deum with the Atlanta Symphony, Mozart’s Requiem with the Rochester Philharmonic, Mahler’s Das klagende Lied with Jaap Van Zweden and the Dallas Symphony, and Beethoven’s Symphony No. 9 with James Levine and the Boston Symphony. Known for his distinctive performance in Beethoven’s Ninth, he has performed the piece with orchestras around the world including the Cleveland Orchestra, San Francisco Symphony, Minnesota Orchestra, and the Hollywood Bowl; and he has performed Verdi’s Requiem with the BBC Scottish Symphony Orchestra under Donald Runnicles.

Raymond has enjoyed collaborations through his career with some of the world’s most respected conductors and directors. He has recently returned to the San Francisco Opera to perform as Ramfis in Francesca Zambello’s new production of Aida. A frequent collaborator with Zambello, he made his Washington National Opera debut in her production of Wagner’s Ring cycle as Hundig. He has appeared in Japan as Banquo in Macbeth, and as the Commendatore in Don Giovanni under Sir Antonio Pappano with the Royal Opera House, as well as appearing in their new London production as Don Basilio in The Barber of Seville under Mark Elder. He has displayed his highly acclaimed performance as Baron Scarpia in Tosca with the Dallas Opera, the Santa Fe Opera, and Houston Grand Opera.