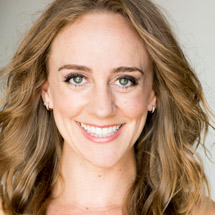 Appears on: Disney in Concert: A Magical Celebration

Whitney Claire Kaufman recently completed two years with the North American Tour of the Broadway smash-hit Mamma Mia! (Ensemble, Understudy for Sophie and Lisa). Her performance as Sophie garnered rave reviews from the Boston Globe. Whitney has performed as Guest Soloist with the Malaysian Philharmonic Orchestra and the Pacific Symphony Orchestra, Guest Soloist with the Florida Orchestra, and has appeared in Cabaret (Sally Bowles), A Midsummer Night’s Dream (Peaseblossom), Marisol (June), The Los Angeles Theatre Ensembles’ production of Wounded, as well as many other theatrical productions. TV credits include General Hospital and the hit ABC series Modern Family. As both a singer and voice-over performer in film and television, Whitney has been heard in productions including That Championship Season, The Secret of NiMH 2, and two MGM animated series: All Dogs Go to Heaven and Noddy. She recently recorded songs written by Oscar-winning composer Dimitri Tiomkin. Whitney graduated with honors from Chapman University with a BFA in Theater Performance. Her favorite Disney movie is The Little Mermaid, with Cinderella as a close second.