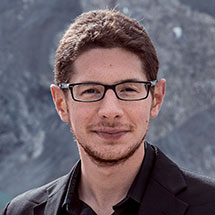 Matthew Berliner is the acting second horn of the Oregon Symphony for the 2019/20 Season. Previously, he was an active freelance horn player and instructor in Seattle. He has also played several seasons as both acting principal horn and acting associate principal/third horn in the Hawaii Symphony Orchestra in Honolulu. He has appeared with the Seattle Symphony Orchestra and Opera, Macau Orchestra, Pacific Northwest Ballet, Seattle’s commercial recording studios, and as guest principal horn with the Malaysia Philharmonic Orchestra. At Seattle’s musical theatres he has played a variety of Broadway musicals including national tour stops of Phantom of the Opera and Wicked. Summer playing engagements have included playing with the Oregon Bach Festival Orchestra, serving on the faculty of the Sitka Fine Arts Camp in Alaska, and playing with the Lancaster Festival Orchestra.

In his free time he enjoys kitesurfing, cycling, and cooking.