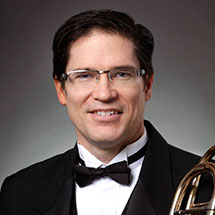 In addition to performing with the Oregon Symphony, Taylor has played all over the world with Portland’s own Pink Martini, including Carnegie Hall, the Montreal Jazz Festival and recent appearances in Istanbul, Athens and Paris.

As a member of Pink Martini, Taylor has appeared with many prominent orchestras, including the San Francisco, Seattle, New Jersey, San Antonio and Colorado symphonies, the Los Angeles Philharmonic and the BBC Philharmonic. He has also performed at the Oregon Bach Festival and the Peninsula Music Festival.

In his spare time, Taylor enjoys biking and hiking.