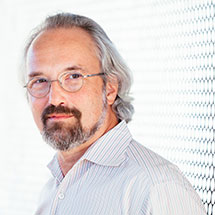 Carlos Kalmar completed his eighteenth season as Music Director of the Oregon Symphony in 2021. He is also the Artistic Director and Principal Conductor of the Grant Park Music Festival in Chicago.

He made his New York debut at Carnegie Hall with the Oregon Symphony as part of the inaugural Spring for Music festival. Both his imaginative program, Music for a Time of War, and the performance itself were hailed by critics in The New York Times, New Yorker magazine, and Musical America, and the concert was recorded and released on the PentaTone label, subsequently earning two Grammy® Award nominations (Best Orchestral Performance and Best Engineered Album, Classical). Under Kalmar’s guidance, the Oregon Symphony has recorded subsequent CDs on the PentaTone label—This England, featuring works by Britten, Vaughan Williams, and Elgar, and The Spirit of the American Range, with works by Copland, Piston, and Antheil which received another Best Orchestral Performance Grammy® nomination. On his recent Haydn CD with the Oregon Symphony, Gramophone Magazine said, “judging from these performances, taken live, Oregon’s Haydn lovers are well looked after by the Uruguayan but Austrian-trained conductor.” Kalmar’s recording, Aspects of America, was also nominated for a 2021 Grammy® for Best Orchestral Performance.

New Yorker magazine critic Alex Ross called the Oregon Symphony’s Carnegie Hall performance under Kalmar “the highlight of the festival and one of the most gripping events of the current season.” That verdict was echoed by Sedgwick Clark, writing for Musical America, who described the performance of Vaughan Williams’ Fourth Symphony as “positively searing ... with fearless edge-of-seat tempos ... breathtakingly negotiated by all ...”

Kalmar is deeply interested in teaching, and is known for his superlative talents leading young musicians with engagements at the Cleveland Institute of Music, Yale School of Music, The Juilliard School, Colburn School, and Indiana University Jacobs School of Music.

Kalmar, born in Uruguay to Austrian parents, showed an early interest in music and began violin studies at the age of 6. By the time he was 15, his musical promise was such that his family moved back to Austria in order for him to study conducting with Karl Osterreicher at the Vienna Academy of Music. He has previously served as the Chief Conductor and Artistic Director of the Spanish Radio/Television Orchestra and Choir in Madrid as well as the Music Director for the Hamburg Symphony, the Stuttgart Philharmonic, Vienna’s TonkÜnstler-Orchestra, and the Anhaltisches Theater in Dessau, Germany. He currently serves as the Director of Orchestral Studies and Principal Conductor at the Cleveland Institute of Music in Cleveland, OH.