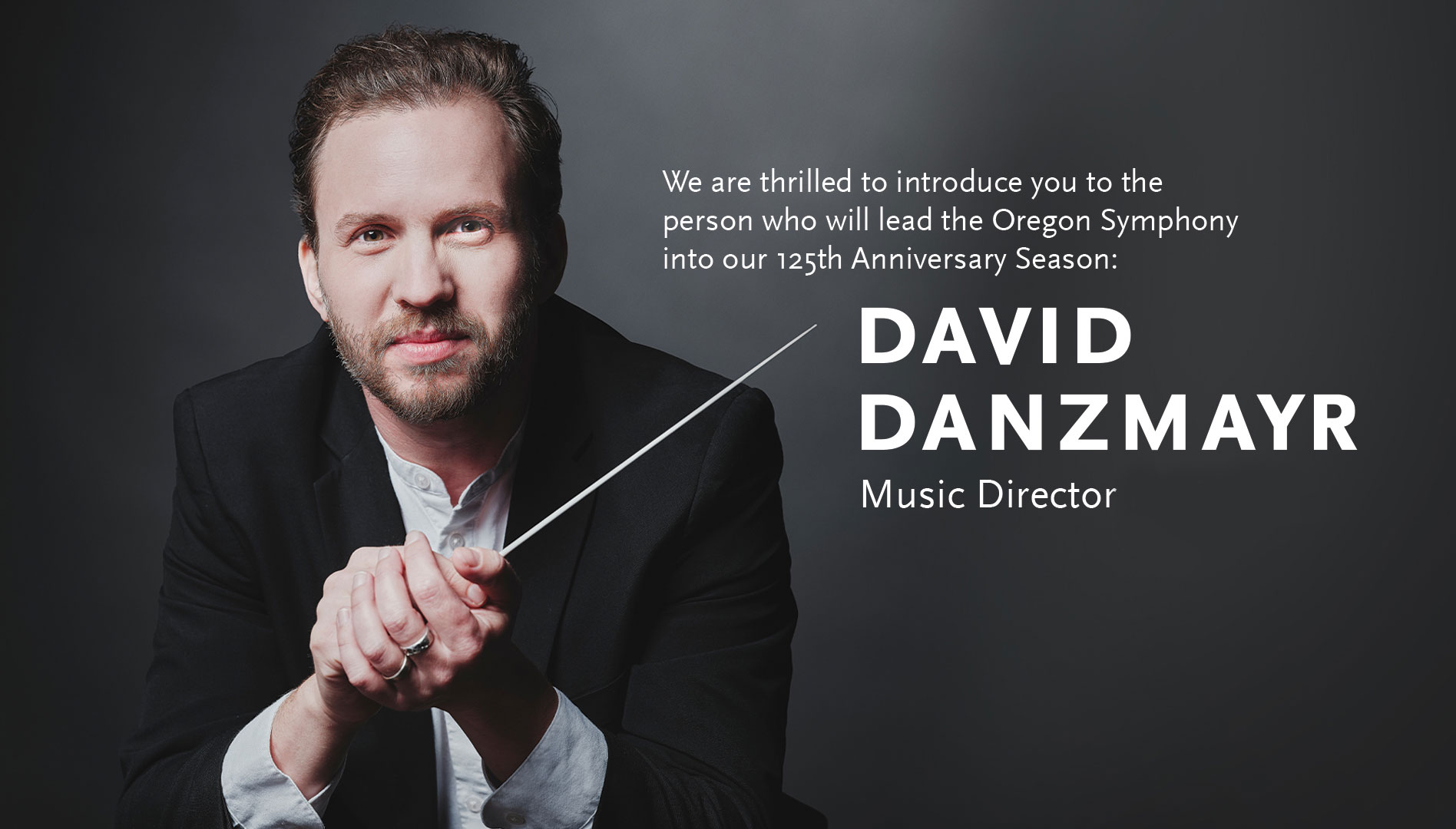 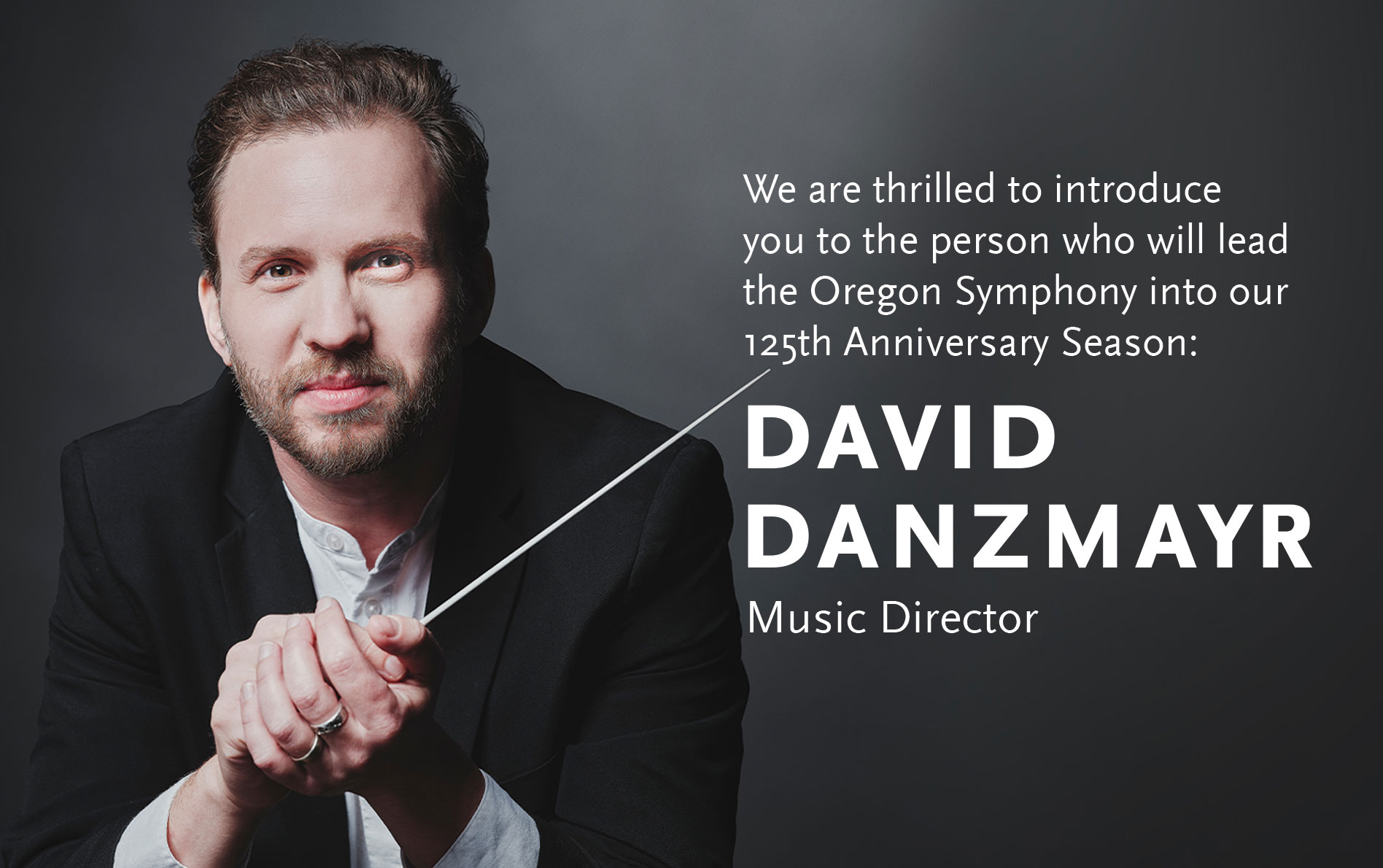 You’ll Want to Hear Where He Takes You

In February 2021, Oregon Symphony announced David Danzmayr as its new Music Director. Danzmayr is widely regarded as one of the most talented and exciting conductors of his generation. He is a prize-winning conductor who has appeared with orchestras at some of the most prominent concert halls across Europe, North America, Australia, and the UK, and in major cities across the US, from Portland, San Diego, and Houston to Chicago, Indianapolis, and St. Louis. He first guested with the Oregon Symphony in 2018 and returned as guest conductor in 2019.

David Danzmayr is widely regarded as one of the most talented and exciting European conductors to emerge from his generation.

As the newly appointed Music Director of the Oregon Symphony, Danzmayr begins his tenure there with the 2021/22 season.

Danzmayr also stands at the helm of the versatile and innovative Pro Musica Chamber Orchestra Columbus; and he holds the title of Honorary Conductor of the Zagreb Philharmonic Orchestra.

Early in his career, while Music Director of the Illinois Philharmonic Orchestra in Chicago, Danzmayr was lauded regularly by both the Chicago Tribune and Chicago Classical Review for his performances which always featured a work by an American composer on every program.

This season Mr. Danzmayr makes debut appearances with the St. Louis Symphony and the Ulster Orchestra Belfast in addition to return visits to the Iceland Symphony and the Odense and Aalborg Symphonies in Denmark.

His widely acclaimed tenure as the Assistant Conductor of the Royal Scottish National Orchestra in Glasgow was the launch for a career that has seen him conduct in the major European concert halls - the Musikverein and Konzerthaus in Vienna, the Grosses Festspielhaus Salzburg, and Usher Hall Edinburgh as well as the St Magnus Festival in the Orkney Islands.

Danzmayr received his musical training at the University Mozarteum in Salzburg where, after initially studying piano, he went on to study conducting in the class of Dennis Russell Davies. He finished his studies with the highest honours. He was also strongly influenced by Pierre Boulez and Claudio Abbado in his time as conducting stipendiate of the Gustav Mahler Youth Orchestra and by Leif Segerstam during his additional studies in the conducting class of the Sibelius Academy.

Subsequently he gained significant experience as assistant to Neeme Järvi, Stephane Deneve, Carlos Kalmar, Sir Andrew Davis and Pierre Boulez, who entrusted Danzmayr with the preparatory rehearsals for his own music.

A Creative Alliance
That Lives Beyond the Stage

Danzmayr holds a strong belief that each composer’s musical expression is shaped by their personal environment, family heritage, and culture. This belief will guide his work at the Oregon Symphony, including the formation of a new Creative Alliance of cultural thought-leaders and musical innovators – each one bringing their unique perspective to the stage and to the Oregon and Southwest Washington community. Collectively, this continuing and evolving coalition of artists will inspire and challenge audiences with music that speaks to individual experiences and explores meaningful issues facing us all. 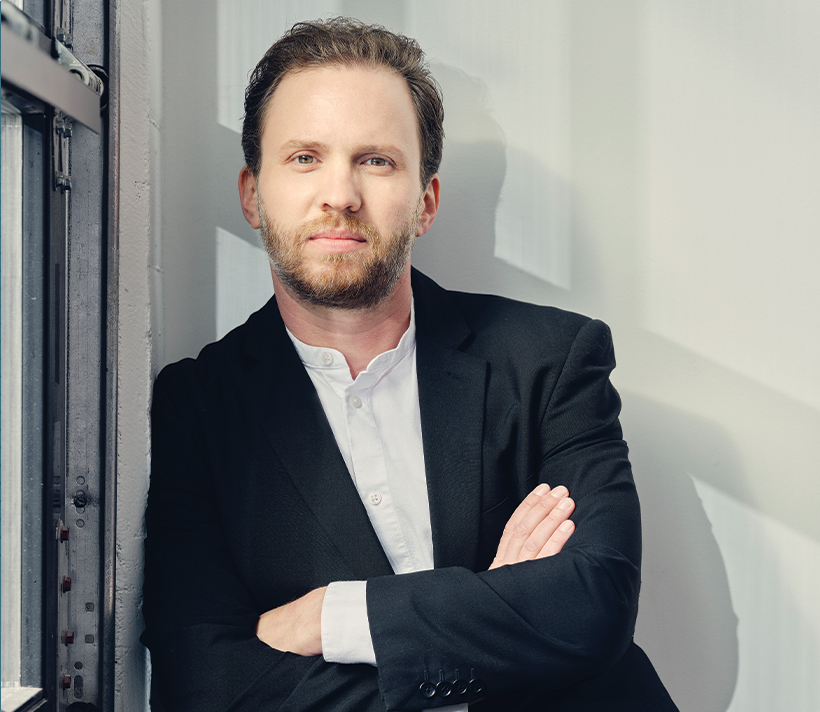 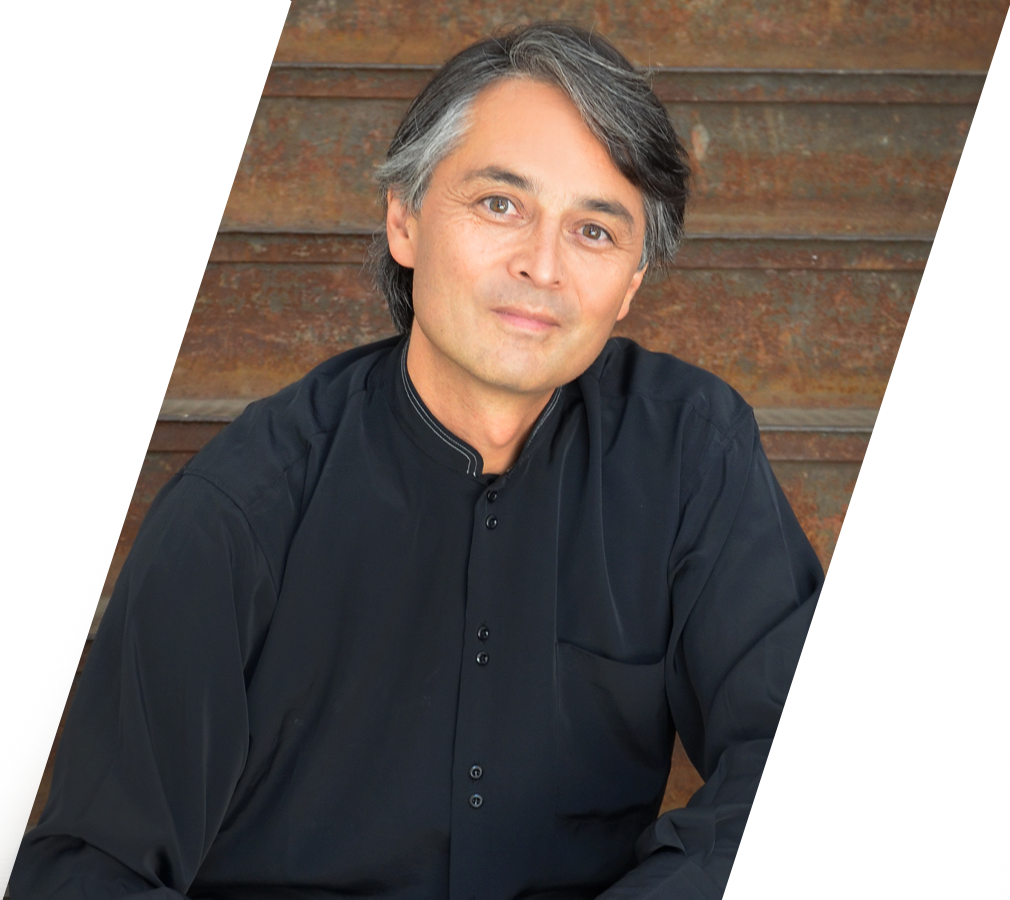 Read BioJun Märkl conducts the world's leading orchestras, such as the Cleveland Orchestra, Philadelphia Orchestra, NHK Symphony Orchestra, Czech Philharmonic, Munich Philharmonic, Oslo Philarmonic and Tonhalle Orchester Zürich. He has long been a highly respected interpreter of the core Germanic repertoire from both the symphonic and operatic traditions, and more recently for his refined and idiomatic Debussy, Ravel and Messiaen. 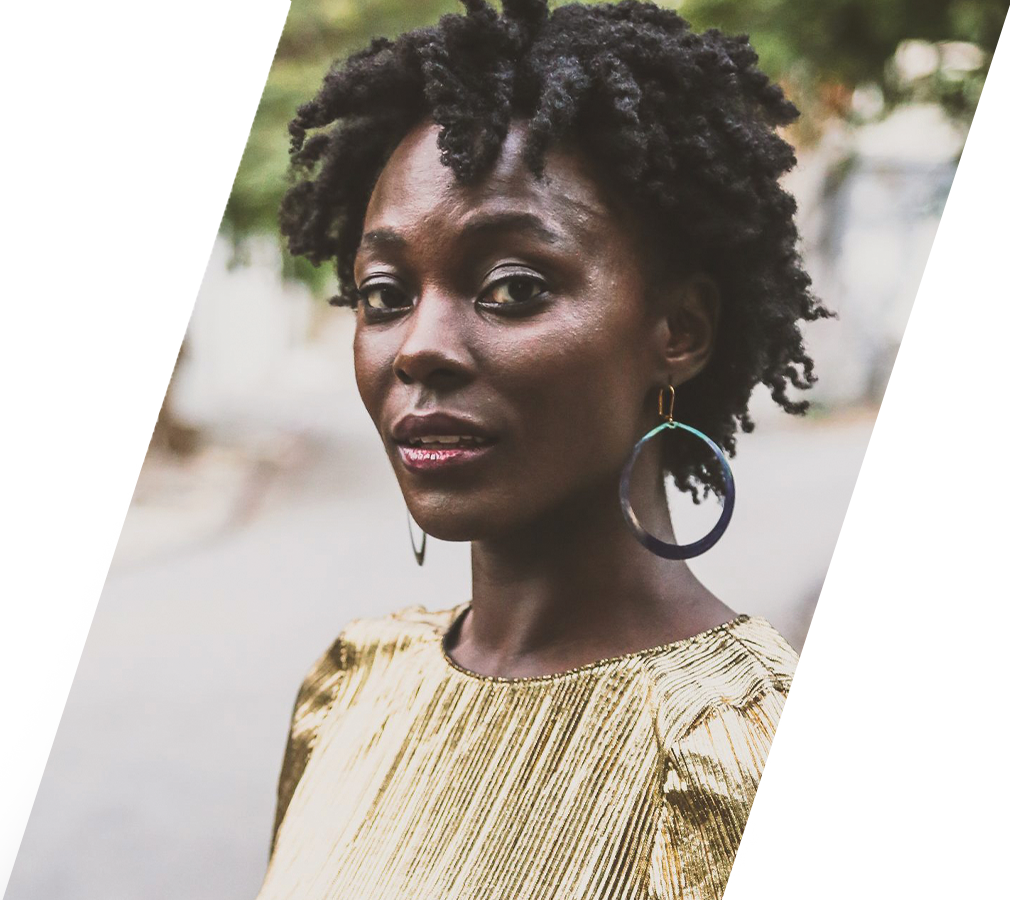 Read BioNathalie Joachim is a Grammy-nominated flutist, composer, and vocalist. The Brooklyn born Haitian-American artist is hailed for being “a fresh and invigorating cross-cultural voice” (The Nation). She is co-founder of the critically acclaimed urban art pop duo, Flutronix, and comfortably navigates everything from classical to indie-rock, all while advocating for social change and cultural awareness. Her authenticity has gained her the reputation of being “powerful and unpretentious” (The New York Times). 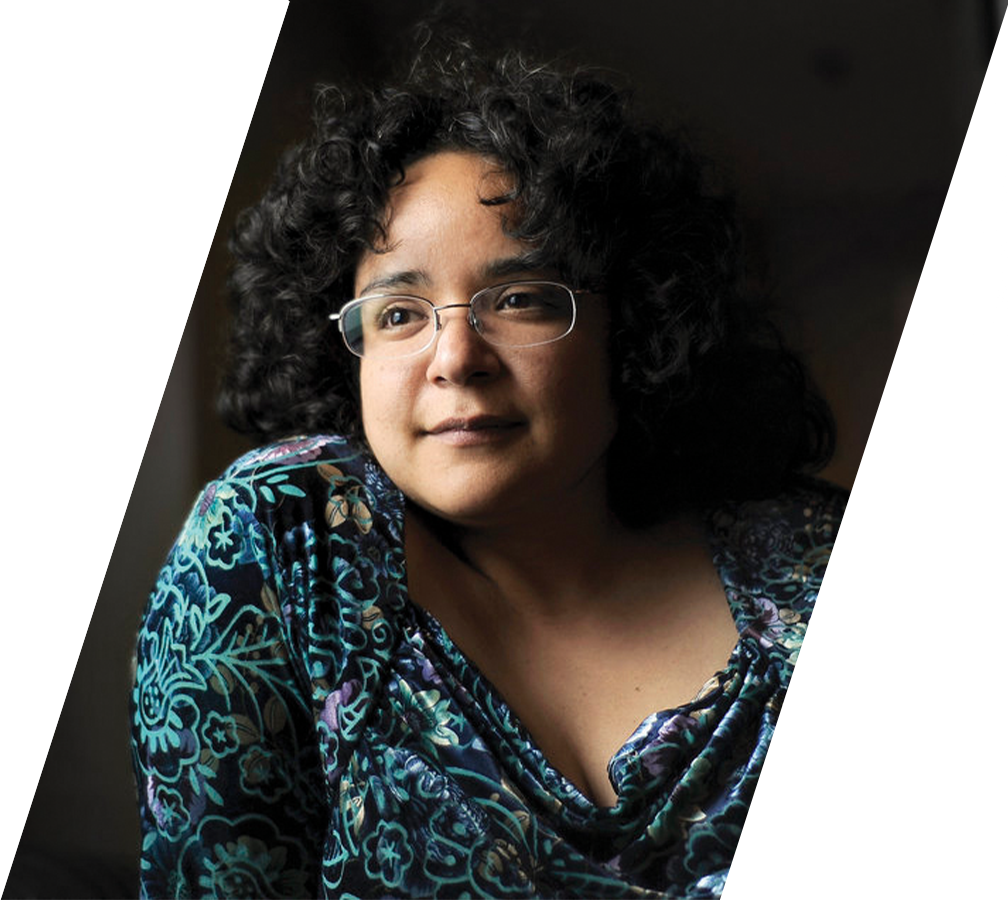 Read BioCurrently serving as Composer-in-Residence with the storied Philadelphia Orchestra and included in the Washington Post’s list of the 35 most significant women composers in history (August 2017), identity has always been at the center of composer/pianist Gabriela Lena Frank’s music. Her music often reflects not only her own personal experience as a multi-racial Latina, but also refract her studies of Latin American cultures, incorporating poetry, mythology, and native musical styles into a western classical framework that is uniquely her own. 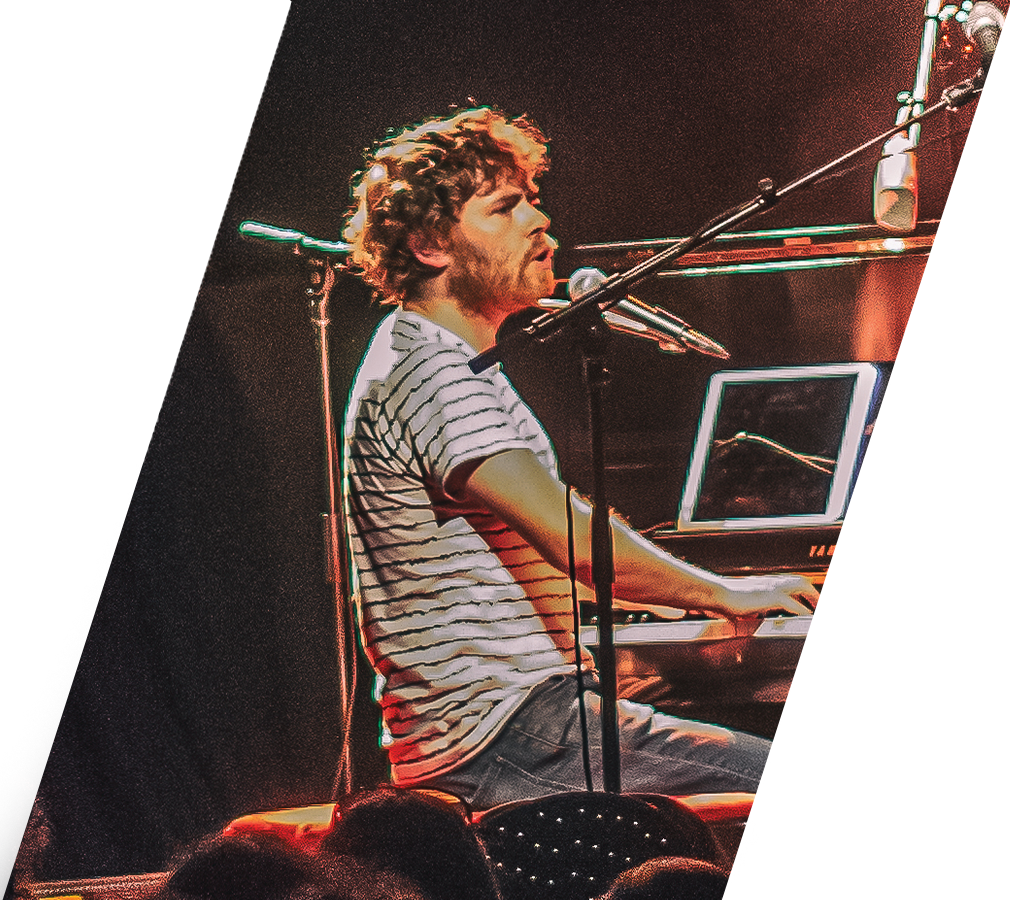 Read BioA singer-songwriter, pianist, and composer, Kahane works at the blurred edges of journalism, ethnography, storytelling, and music. In 2019, he began a three-year term as the inaugural Creative Chair of the Oregon Symphony, which commissioned his 2018 oratorio, emergency shelter intake form. A commercial recording of this sprawling exploration of inequality through the lens of housing and homelessness, featuring the Oregon Symphony, was released in 2020. 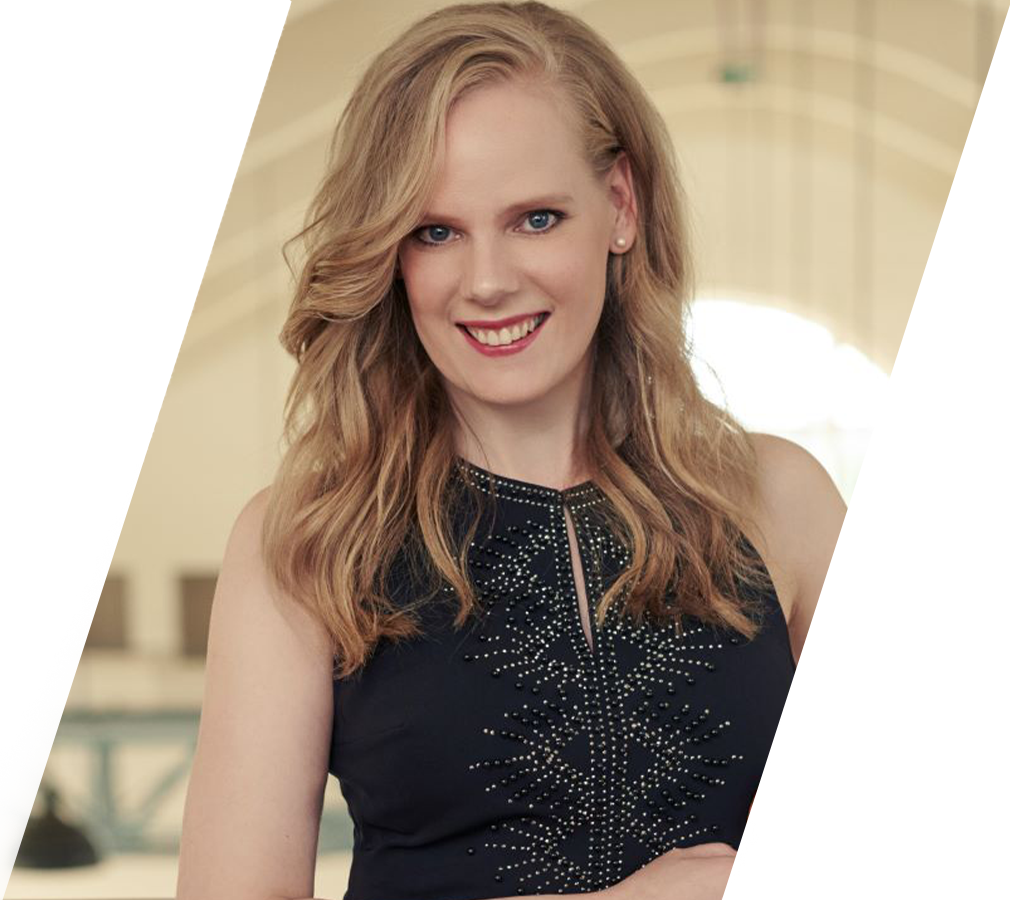 Read BioHailed for her “brilliant… polished, expressive and intense” (Cleveland Plain Dealer) and “absolutely stunning” (Chicago Tribune) playing, Dutch violinist Simone Lamsma is respected by critics, peers and audiences as one of classical music’s most striking and captivating musical personalities. Conductor Jaap van Zweden with whom Simone enjoys a regular collaboration, describes her as one of the leading violinists in the world. 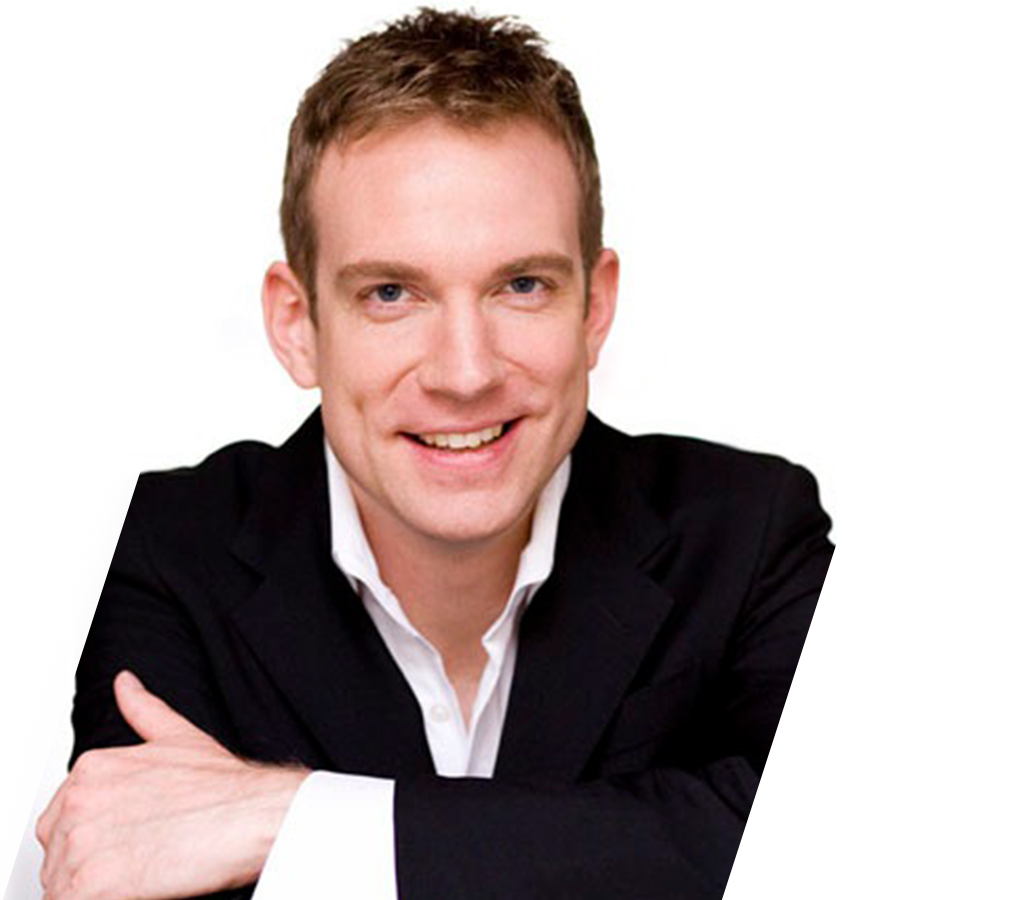