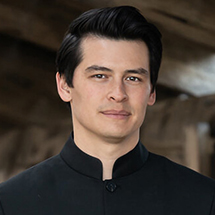 Norman Huynh has established himself as a conductor with an ability to captivate an audience through a multitude of musical genres. This season, Norman continues to showcase his versatility in concerts featuring Itzhak Perlman, hip hop artists Nas and Wyclef Jean, and vocal superstar Storm Large.

Born in 1988, Norman is a first generation Asian American and the first in his family to pursue classical music as a career. Upcoming and recent engagements include the St. Louis Symphony Orchestra, Detroit Symphony, Grant Park Music Festival, and the Princess Galyani Vadhana Youth Orchestra of Bangkok. He has served as a cover conductor for the New York Philharmonic and Los Angeles Philharmonic with John Williams.

Norman has been at the forefront of moving orchestral music out of the traditional concert hall. In 2011, he co-founded the Occasional Symphony in Baltimore to celebrate holidays by performing innovative concerts in distinct venues throughout the inner-city. The orchestra performed on Dr. Seuss’ birthday at Port Discovery Children’s Museum, Halloween in a burnt church turned concert venue, and Cinco de Mayo in the basement bar of a Mexican restaurant.

Norman currently resides in Portland, OR and enjoys skiing, boardgames and riding his motorcycle. You can follow him on Instagram @normanconductor.