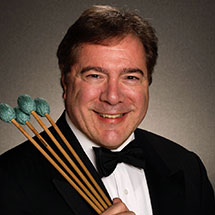 Niel was born in New York City and holds an M.M. from the Eastman School of Music, where he also earned a Performer’s Certificate. He also has a degree in education from the State University of New York College at Fredonia.

As Music Director for Oregon Ballet Theatre, Niel also maintains an active career as a conductor. He has guest conducted a number of ensembles, both locally and internationally, including ballet performances in St. Petersburg and Kazan, Russia, and for the Boston Ballet Company.

In 1993, Niel founded, and remains Executive Artistic Director of, MetroArts Inc., a non-profit arts education organization that focuses on using the arts to teach cognitive strategies in the classroom. He is also the Artistic Director of the Young Artists at the Schnitz Concerto Competition and the MetroArts Kids Camp, where creative thinking processes are taught via music, theater, dance and visual arts to children at summer camps held at Portland’s Northwest Academy.