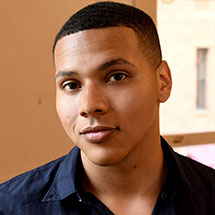 Braizahn Jones is a recent graduate from The Curtis Institute of Music, where he studied with Hal Robinson and Edgar Meyer for four years. Previously, he studied with Jeffrey Weisner at The Peabody Institute of Johns Hopkins University for two years, before transferring to Curtis in 2014. Since then, Jones has gone on to perform and tour with both the Philadelphia Orchestra and the Seattle Symphony as a substitute, and he joins the Oregon Symphony as assistant principal bass in the fall of 2018. Jones plays an early 19th-century Belgian double bass made by Franz Verhasslett.