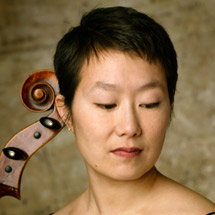 Pansy Chang has appeared with the Chamber Music Society of Lincoln Center and Chamber Music Northwest, on Bob Sherman’s “Listening Room” – WQXR New York, and in both the Yale University Spectrum Series at Weill Hall and the Yale Faculty Artist Series in New Haven. Prior to her tenure as Associate Professor of Violoncello at Miami University of Ohio from 2001-2016, she was a member of the Oregon Symphony from 1997-2001 and served as Assistant to Professor Aldo Parisot and Lecturer in Violoncello at the Yale University School of Music from 1995-1997. Ms. Chang was a Fulbright Scholar to the United Kingdom and a semi-finalist in the Leonard Rose International Cello Competition. She is very grateful for her principal teachers, Aldo Parisot, William Pleeth, Eleonore Schoenfeld, Evelyn Elsing, and Susan Kelly.