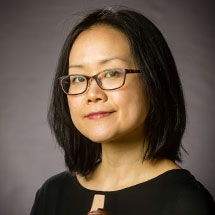 Shin-young has been a member of the Oregon Symphony orchestra since 2004 and served as acting assistant concertmaster from September 2016 through December 2018. She joined the Arnica String Quartet in 2005, and is a founding member of the Portland-based string quartet Mousai Remix since 2011.

In 1996, Shin-young transferred from Seoul National University to the Manhattan School of Music, where she studied with Sylvia Rosenberg and earned both her B.M. and M.M. She later completed her Doctor of Musical Arts at Indiana University as a student of Miriam Fried. Shin-young’s dissertation is a survey of string quartets by minor composers of the Classical period.