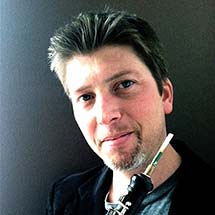 A native of Lubbock, TX, Jason Sudduth serves as acting English horn and oboe of the Oregon Symphony for the 2019/20 Season. He has also held the positions of assistant principal oboe in the Omaha Symphony, solo English horn of the Honolulu Symphony, and second oboe with the San Jose Symphony.

Jason has performed with the American Ballet Theatre, San Francisco Symphony, San Diego Symphony, Kennedy Center Opera, Opera San Jose, and the San Francisco Opera. He has worked as principal oboe with the Lubbock and Midland/Odessa Symphonies, in addition to appearing with the Houston Symphony, Houston Ballet, and San Antonio Symphony. Jason has been a member of the Sun Valley Music Festival since 2003.

Other festival associations include the Texas, Breckenridge, Carmel-Bach, Midsummer Mozart, and Music in the Mountains festivals, in addition to serving as principal oboe of the North Carolina School of the Arts' Festival Orchestra on two of their summer European tours.

Jason is a passionate teacher and has served on the faculties of San Jose State University, Santa Clara University, UC Santa Cruz, University of Hawaii, the prestigious Punahou School in Honolulu, and the University of San Diego.

Jason is now based in Haddonfield, New Jersey, where he lives with his amazingly supportive family. When not playing music or making reeds, he enjoys hiking, playing tennis, family song time at the piano, and having dance parties with wife Erica and daughter Avery.