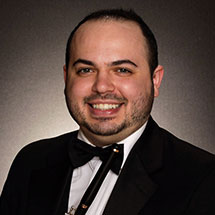 In addition to performing, Zach is a passionate educator, having given various masterclasses and seminars on piccolo technique, including at the 2012 Hampton Roads Flute Faire, the 2012 International Flute Symposium in West Virginia, and the 2013 Iowa Piccolo Intensive Workshop. For the 2014-2015 school year, Zach served as the Interim Instructor of Flute at Willamette University. He also maintains a private studio in Portland, working with students of all ages.

Zach has played as guest piccolo with orchestras including Baltimore, Detroit, and Seattle, and has appeared as guest principal flute with the Buffalo Philharmonic. He has also performed at various summer festivals, including the Astoria Music Festival and Oregon Bach Festival. Before Joining the Oregon Symphony, Zach played piccolo/third flute in the Virginia Symphony Orchestra, under music director JoAnn Falletta.