Music Educator of the Year Award

Each year, the Oregon Symphony in Salem honors a music teacher as Music Educator of the Year. The process begins with the nomination of candidates from any area of public classroom music education in the Salem-Keizer School District, including orchestra, band, and choir. The director of music for the Salem Keizer Schools makes the nominations, with possible additions from a committee of Oregon Symphony in Salem board members. Once the list is set, the committee members observe the teachers in their classroom setting, concerts, or other venues, then select the winner(s).

At the season’s final Oregon Symphony in Salem concert, the Music Educator of the Year is introduced to the audience and given a plaque, which is accompanied by a financial award to be used by the recipient’s school.

After a two-year hiatus, Jaimie Hall was selected as the 2021/22 Salem-Keizer School District Music Educator of the Year award winner. Jaimie serves as the Director of Bands for Straub Middle School, Chapman Hill Elementary, and Kalapuya Elementary, and teaches band at Straub.

According to Lane, when Jaimie’s classroom had to switch to remote learning due to the pandemic, he made sure to keep up with his students, and continued encouraging them to learn and grow. Jaimie’s love for teaching is evident in his classrooms – his students don’t just play instruments, they make music together, producing technical ability and musicality beyond their years. Lane added, “To be able to lead these young people to such a relationship with music at their ages and in these challenging times is truly an outstanding accomplishment and merits special recognition.”

The other nominees for the 2021/2022 season were Julie Rundquist of Claggett Creek area strings and Damián Berdakín of South Salem High School.

The committee thought all candidates were equally deserving, and that the decision was difficult to make. Lane said, “It's never easy to select an award winner among the nominees…This year was no exception. Both Damián and Julie demonstrated a passion for music and for instilling that passion in their students.”

In the end, when asked why the committee selected Jaimie as this year’s award recipient, Toni stated, “As a middle school band director, Jaimie Hall not only succeeds at developing outstanding musicians but embraces the qualities of this age group that many would find daunting. Jaimie’s sense of humor along with his commitment to creating fine human beings creates a safe place for these pre-teenagers to learn and grow.”

After receiving the award, Jaimie expressed, “I am truly honored. There are so many folks who give their lives to this profession…I brought the plaque into school to share with my students. I told them it’s our award, as we are all a part of this.”

Jaimie was presented with the award on stage at the Salem season finale concert on May 20, 2022. Damián and Julie were also recognized. All nominees received an honorarium to benefit their schools’ music programs in recognition of their impact on music education in the community.

Past Music Educator of the Year Award Winners

Together We Can Do More 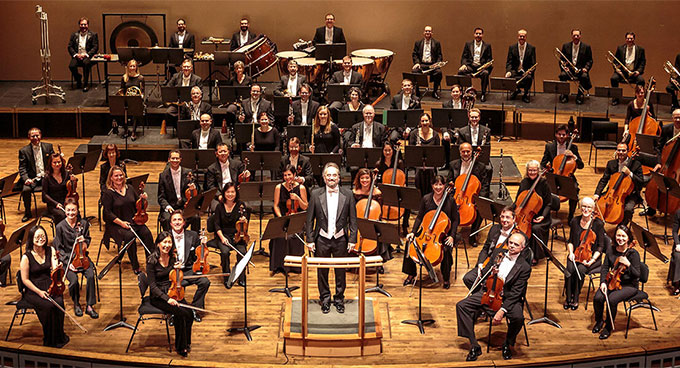 Instruments of the Orchestra

Discover the four families of instruments in the orchestra! 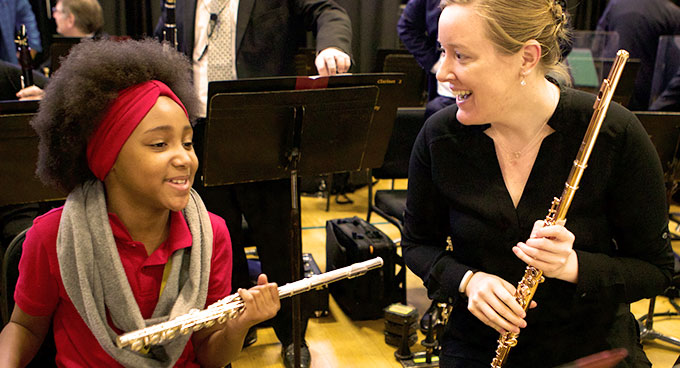 Learn what you can do to help bring our education programs to even more children across the Mid-Willamette Valley. 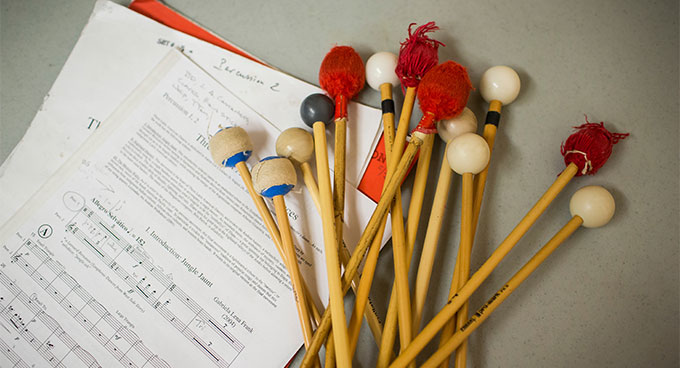