The Oregon Symphony’s groundbreaking Sounds of Home series pairs exhilarating repertoire with stunning visual displays – from video installations to world premiere theater – to explore timely issues in the Portland community and beyond.

In this series, we join with community partners to offer riveting musical programs surrounded by collaborative events and deep engagement with our community. Both on stage and beyond the stage, we’re bringing people from across our community together to engage with the subjects of home: immigration, the environment, and homelessness.

Music and other arts have the power to inspire, uplift, and heal. Join our community of partners in exploring Sounds of Home.

About Sounds of Home

It’s at the core of who we are – as individuals, as communities, and as a society. We know home through our senses – how it looks, feels, smells, and sounds. We might think of it as where we are from, or where we are today. It’s also the planet that we all share. And for some, having a home is only a dream.

The Oregon Symphony presents Sounds of Home: an innovative series that considers what home means to us and our neighbors through a unique series of programs onstage and throughout our community. Sounds of Home continues our commitment to push boundaries by engaging other art forms, commissioning orchestral and multimedia works, and stimulating community dialogue around critical social issues. 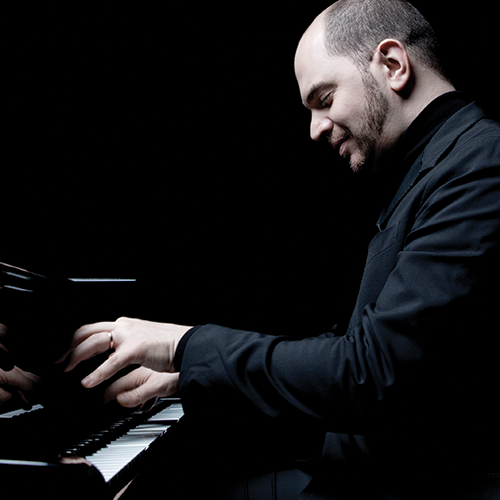 A world premiere commission by Chris Rogerson accompanies a theatrical work about immigration – the search for home – by award-winning playwright Dipika Guha, an immigrant herself. In a further examination of the theme, pianist and immigrant Kirill Gerstein performs concertos by Schoenberg, an immigrant, and Gershwin, the son of immigrants. These works will be performed under the baton of Maestro Carlos Kalmar, himself an immigrant whose parents fled Nazi Germany, directing an orchestra of which one in five members is an immigrant. The Oregon Symphony becomes the first orchestra in America, and only the second ever, to commission a playwright. 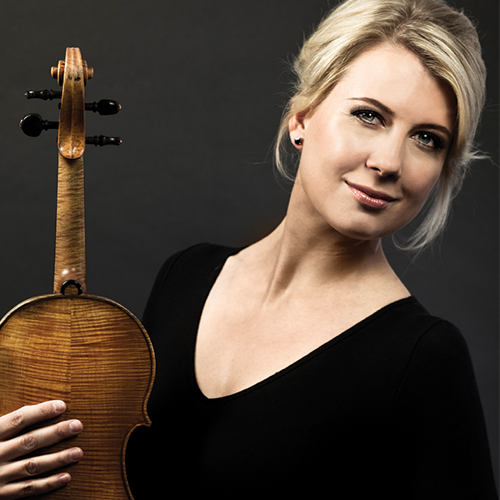 An Oregon Symphony video commission on the theme of the environment – our collective home – by multimedia artist Matthew Haber accompanies The Rite of Spring by Stravinsky, who emigrated from Russia via Europe to the United States. Also on the program are Bartók’s second violin concerto, into which the composer wove folk themes from the countryside during a period when the growing threat of war threatened Europe’s environment, and Haydn’s Symphony No. 70, which was commissioned to celebrate the rebirth of an opera house that had been destroyed by fire. 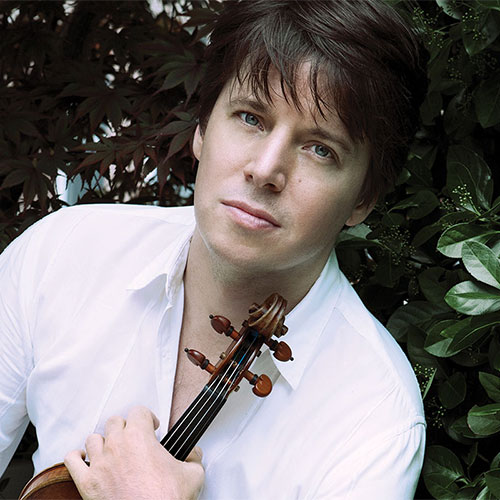 A world premiere of a commissioned work by Gabriel Kahane explores homelessness – the need for a home – and features the charismatic soprano Measha Brueggergosman. Joining this work is Bernstein’s Serenade played by acclaimed violinist Joshua Bell – who once performed in a subway station where, like many homeless people, he was largely ignored and virtually anonymous. The concert opens with a piece by Paul Hindemith – a work the Third Reich proclaimed “degenerate art,” contributing to his eventual emigration from his homeland. 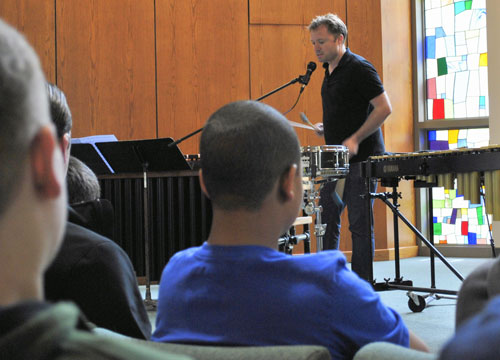 With Sounds of Home, the Oregon Symphony is bringing together social service organizations, community leaders, and arts groups to take meaningful action in the realms of immigration, environment, and homelessness.

Community Events: Each of the three Sounds of Home productions is preceded by a free community event featuring discussions and performances by community groups, as well as other events to raise awareness about these issues.

Musical Reflections of Oregon’s Ecosystem, our second event, explored the diversity and wonder found in Oregon’s natural environment. Community partners including the Audubon Society of Portland and Friends of the Columbia Gorge contributed to this free community event featuring the world premieres of four works inspired by Oregon birdsong and written by Oregon composers.

Community Engagement: Oregon Symphony musicians and visiting guest artists, including Artist-in-Residence Colin Currie, will perform at over a dozen social service agencies serving homeless and immigrant/refugee communities throughout the season. We will also make tickets to concerts at the Arlene Schnitzer Concert Hall available to social service partner groups and their clients throughout the season.

This spring we bring to Portland the Lullaby Project, which helps mothers develop stronger bonds with their children through the composition and recording of unique lullabies. This work is designed to provide healthy beginnings for young children and build bonds between mothers and children in challenging situations such as housing insecurity.

The music created by the mothers, songwriters, and musicians was showcased in a special community performance on April 26, live-streamed on the Oregon Symphony Facebook page.

Community Service: Oregon Symphony musicians, staff, and board members will volunteer at three social service partners selected in a collaborative process to reflect the Sounds of Home project.

Mayor Ted Wheeler has stepped forward as honorary chair of the series, while other leading figures will contribute on social issues they care about in our community: Sasha Roiz (television star from Grimm and an immigrant himself) for immigration, Cheryl Strayed (author of Wild) for environment, and Storm Large (Portland’s own singer/songwriter) for homelessness.

As the largest arts organization in our region, we have the opportunity and responsibility to provide a rare, nonpartisan space for people to reflect on our home, the environment, our world, and the people around us. Through such engagement in our community, we strive to unite, inspire, educate, and heal. 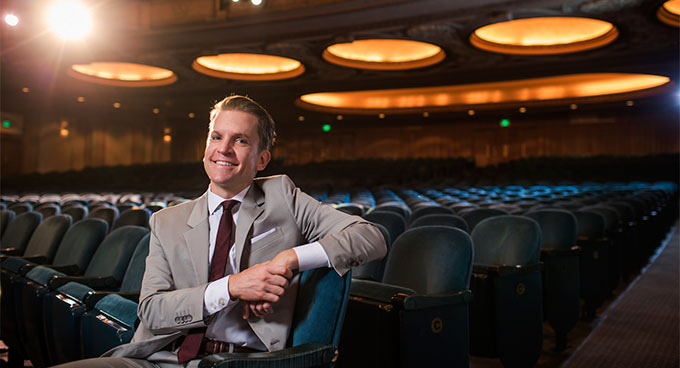 Sounds of Home in the news

Discover how President Scott Showalter is working to build new connections and partnerships around our community in this recent profile from Portland Business Journal. 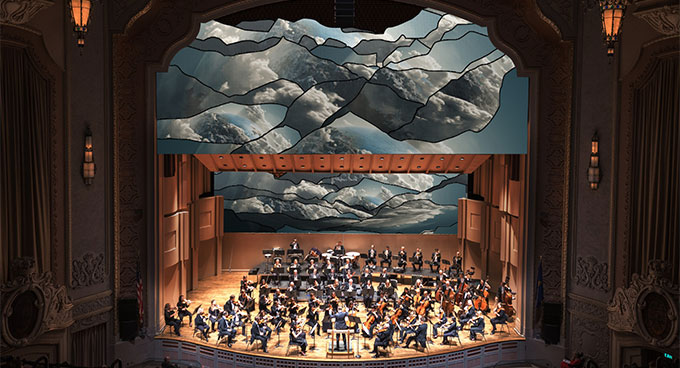 The Oregon Symphony has received a Creative Heights grant in the amount of $100,000 from the Oregon Community Foundation in support of the Sounds of Home series. 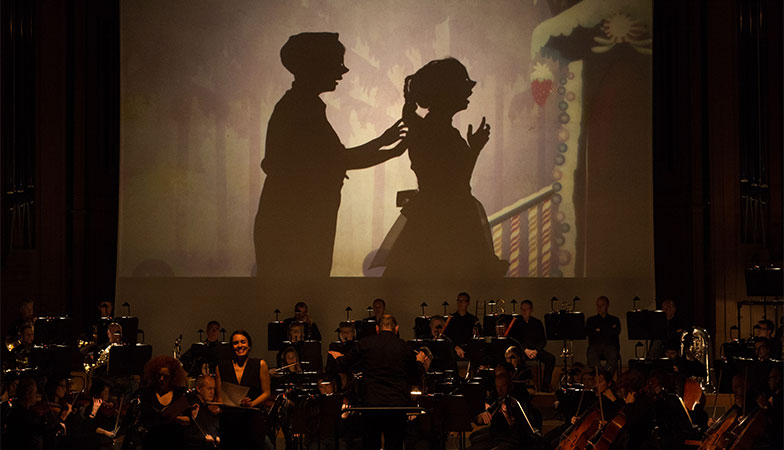